Faq 5. What is Imperial Jade?

In order to be called the "Imperial Jade", five criteria must be fulfilled.

First, it must be green.

Then, it must be evenly green.

However, as evenness in colour is actually quite impossible to achieve if it is not artificially coloured, the term "even" can be understood as "full". It must be fully green.
Third, it must be transparent. We call it glass quality.

Forth, it must be strong in color.

Fifth, it must be bright in color.

It is very rare for jade shops and jewelery shops to sell imperial jade. It is not only expensive, it is also rare and most sought after. Thus the price of imperial jade escalate faster than any other kind of jade. Thus it is often more profitable to keep than to sell them away. It is the highest standard jade can achieve.

Imperial jade is the kind of jade that the famous empress dowager would wear.

Master Yun Long Zi, the founder of Lotus on Water, would wear 2 pieces of imperial jade pendent underneath his shirt on casual occasion. It signifies yin and yang. 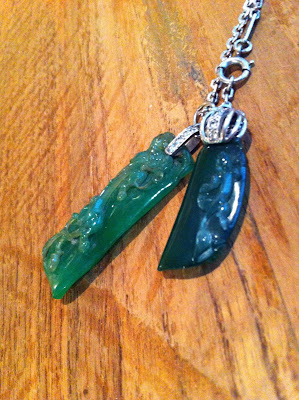 He would wear 3 pieces of imperial jade on formal occasion. The additional one would be a Heaven and Earth, Double Dragon Fiery Jade on his finger. It attracts energy from heaven, earth and human.

On ceremonious occasion, when he needs to perform his duty of bringing blessing to others, he would wear four pieces of imperial jade. It draws power from four different directions.

As the number of clients increases, and the number of auspicious creation for him to bless is multiplying exponentially, he is considering adding another imperial jade to make up to five for the ceremonious occasion. It is pulling energy from four direction and centralizing them in the center like a whirlpool.
Posted by Kan Ying Loong at 4:39 PM 1 comment:

Empress Ci Xi was the most powerful woman in Qing Dynasty. Started out as a concubine, she climbed herself up to be the empress. After the emperor passed away, she became Empress dowager to many subsequent emperors. The reason she could do so is: 1) she lived much longer than the emperors she raised; 2) she was more powerful than the emperors and she could win more support from other officials.

Logically, it is very abnormal because Qing Dynasty was a very conservative dynasty where the position of men is much lifted up while the position of women is much suppressed. The law at that time forbade women to be involved with political decision. 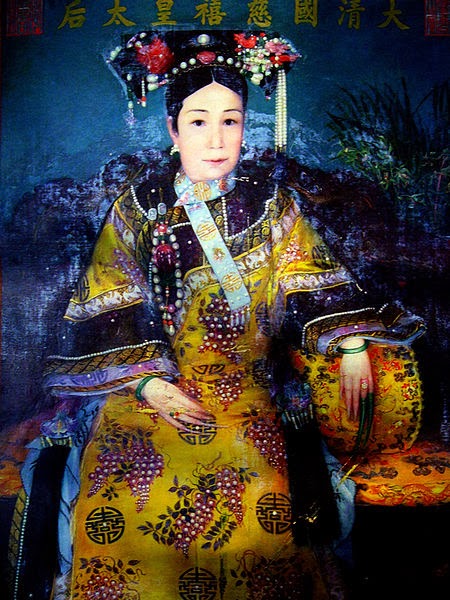 Empress dowager Ci Xi, however, got a lot of support from the officials, especially the most powerful ones. She was higher than the laws and more powerful than emperors.

Guess? Yes! Her favorite gemstone is green jadiete. It is because of her that the transparent, deep green jadeite is called the imperial jade.


Another thing to mention. Though she lived till very ripe old age, her skin was very smooth and her complexion very fair. It is recorded that there seemed to be an attractive glow on her face.

Scientifically, only two types of stone is jade -- the nephrite and the jadeite. In comparison, nephrite is softer than jadeite and thus, it is called "soft jade" while jadeite is called "hard jade".

Soft jade is the stone of the gentleman, according to the classics -- warm, moisturized, translucent, and shine with luster. The most valuable colour for soft jade is white. The best white jade comes from Xin Jiang. It needs a cultured mind and scholarly eyes to tell which of the white jade is most superior.

The best kind of white jade, according to classics, is like a piece of white mutton fat. It is milky white, which is warming to the heart, and it's surface has a layer of watery and waxy gloss like a piece of fat. 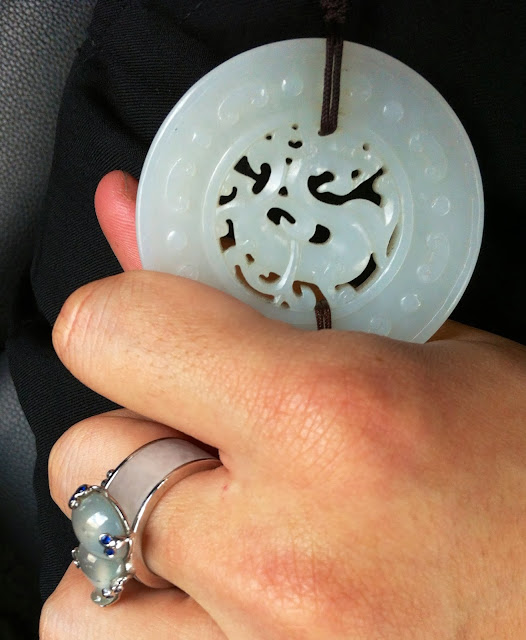 Reminding them of the emperor Qian Long, the cultured Chinese gentleman loved to carry a piece of white jade and fonder with it all day.

Mutton Fat white jade is very rare and difficult to find. Most jade shop cannot afford to own one, also because it is only appreciated by the very discerning few.

2. Also, how do we take good care of our agarwood or sandalwood beads or pendants?

There are many "schools" of fengshui nowadays. And I always advise potential clients of Lotus on Water to be discerning, using our knowledge and logic. We can start with this premise: while it can be difficult to comprehensively define "fengshui", one way would be to say that this is the art to balance and have both yin (minus, female, moon...) and yang (plus, male, sun...).

Similar to your jadeite, you wear your agarwood and sandalwood constantly. Let it be in contact with your skin, bodily oil, sweat. It will communicate with your energy just like your jadeite. Check out my last post if you have no idea what I am talking about. Just one thing: try not to let your agarwood and sandalwood be in contact with other forms of water, especially running water.

So no wearing your agarwood and sandalwood under the rain (better keep them in your pocket), no to wearing them to showers.

The power of agarwood and sandalwood has to do with the oil or resin content. You might just wash away layers of power accumulated throughout ages under constant exposure to running water.

Your sweat and bodily oil, on the other hand, enhances the energy of the agarwood and sandalwood. So just wear it.