#Prosperity with Elegance
Posted by shaunchoh at 1:39 PM No comments:

I am very honoured to go to the UOB Privilege Banking to join Master Yun's fengshui art event, the official launch of "The Rise of Wind and Water" fengshui fan series.

On that evening, Master Yun talks about his fengshui fan paintings, of how he started the ideas on doing the colour-splashing on the fan.

One of the fengshui fan paintings has been CHOSEN! The "Universe of Prosperity"!


Now, the eyes are on this fengshui fan painting...

Want to own the "Rise of Elegance" fengshui fan painting? 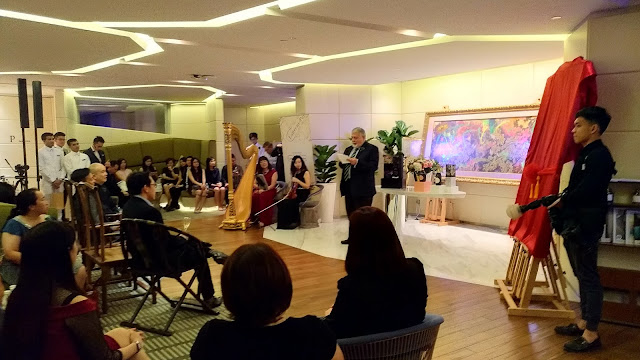 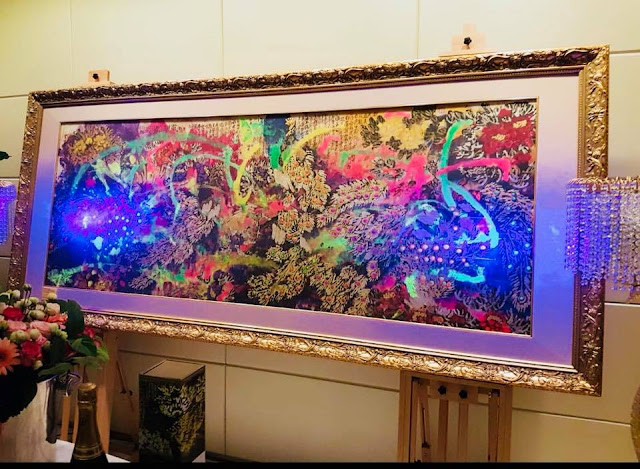 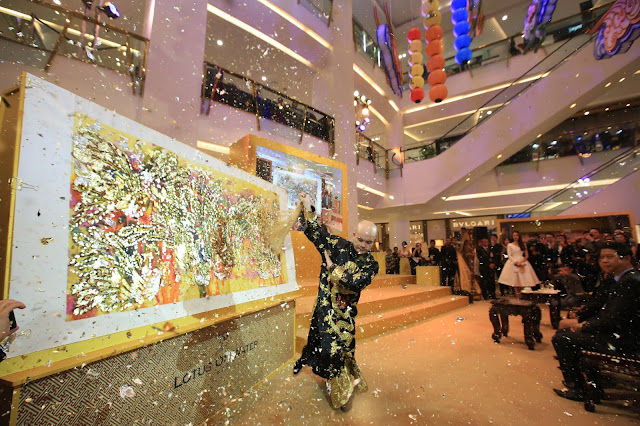 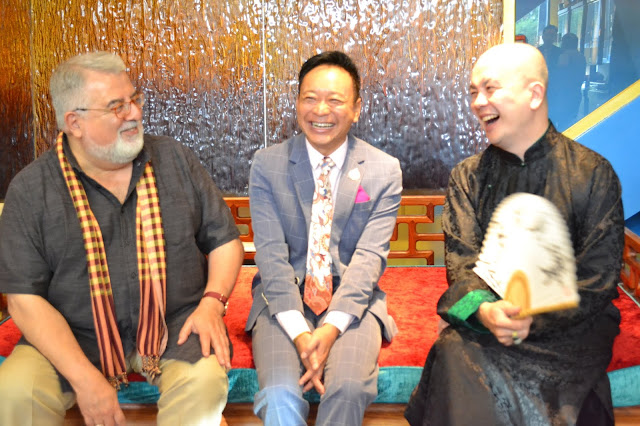 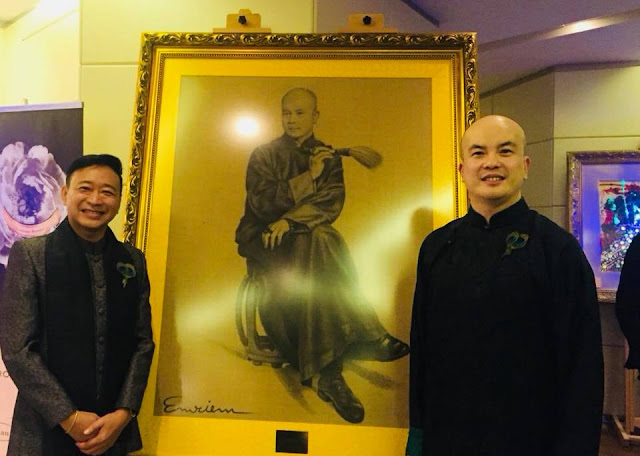 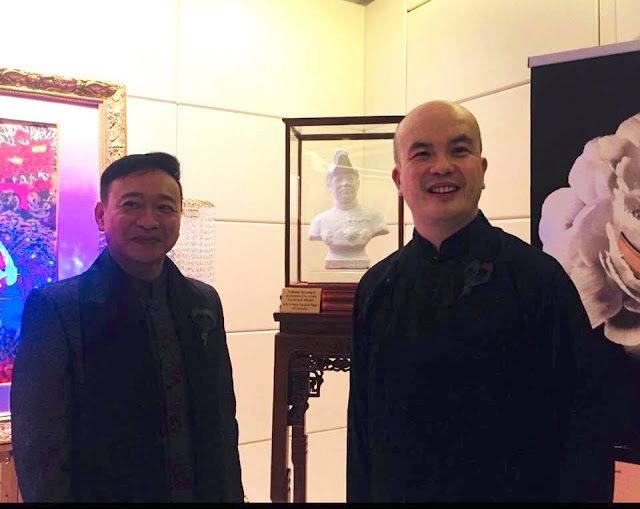 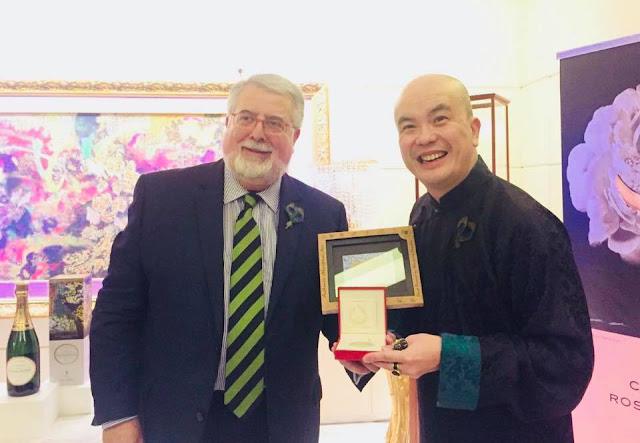 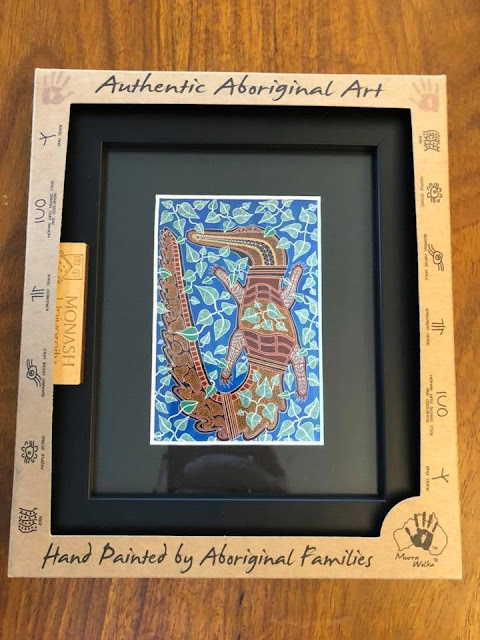 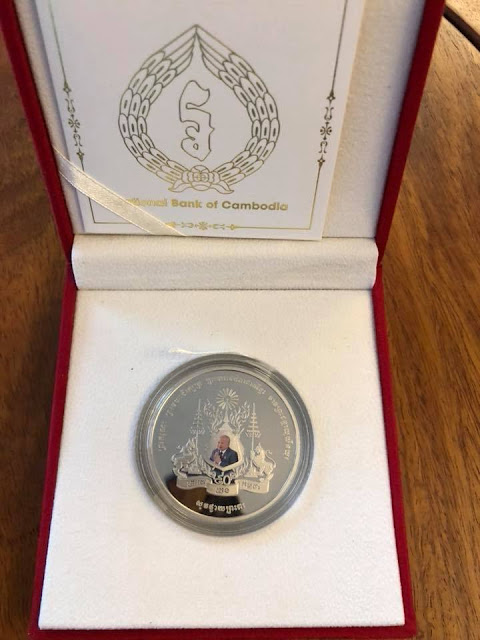 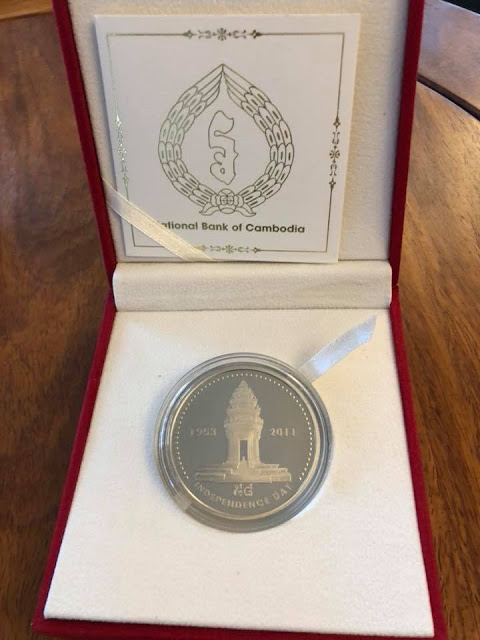 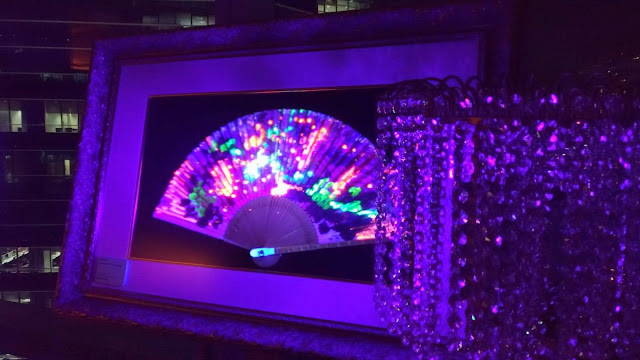 The Rise of Wind and Water: Master Yun’s Fengshui Painting

“Have you found the peacock of your life?”

Everyone has a spiritual animal, an animal that is a manifestation of your aspirations and aims in life.

I remember that Master Yun once asked what is our spiritual animal.

We answered with a variety of animals and Master Yun said without hesitation that his spiritual animal is the peacock as it’s the symbol of elegance.

Master Yun presented his understanding and interpretation of the peacock as a painting on the Chinese fan. As before, he used the splash ink method for the first three layers of the painting before using his gift in art to complete the peacock, perfecting this fengshui fan.

The peacock does not appear in its original form, it is presented in a gentlemanly style instead, bringing across the peacock’s noble and elegant temperament.

This is Master Yun’s favourite piece from the “The Rise of Wind and Water” series. Master Yun’s particularly captivated by its vivid colours which are a result of the different dyes used. Such is the beauty of this one of a kind fengshui painting on Chinese fans, even Master Yun appreciates it.

I’m not sure how many artists are there in this world who can paint such elegant peacocks, but there is one accomplished fengshui master who can do so right in front of me. This is an extremely precious opportunity.

When you own a fengshui painting by Master Yun, you own a painting that will bring you endless wealth and prosperity, and bring your dear ones tremendous good luck.

Today, you deserve a brilliant life.

-- Owen, Assistant to Advisor
(Translated)
Posted by shaunchoh at 8:22 PM No comments:

It is truly an honour for me to say a few words on behalf of His Royal Highness Prince Sisowath Tesso and myself on the occasion of the Launching of Master Yun Long Zi’s New Series of Feng Shui Art and Feng Shui painting on Chinese Fans.

In an increasingly volatile world, it is always necessary to find refuge and solace in a place which can be a peaceful and harmonious setting to be able to keep our rationality. And how to make this environment possible? Here is where Feng Shui comes into the picture and who better than to introduce us to that exquisite environment than Master Yun Long Zi.

Feng Shui is an ancient combination of art and science, which originated in China some centuries ago, that aims to bring desired energy to our homes and workplaces.

Feng Shui at its most basic description is the interaction of humans and their environments. The Chinese believe everything is living, and therefore has Chi, or life-force energy.

Feng Shui enables you to influence those energies around you, positioning or designing things in your surroundings so that you are in harmony with the principles of natural energy flow. This is why you might hear it also referred to as the ‘art of placement’. The belief is that if you get it right with your space, good energy will flow to other areas of your life.

Master Yun Long Zi creations are noted for being a symphony of colours because Master Yun’s art is a celebration of all things worth celebrating from health to wealth and from relationships to prosperity. Master Yun always focuses on the positive energies of the elements that can bring joy, peace, love and hope. He has mastered this exclusive expertise that has been passed down by five generations of his family.

Early this year, His Royal Highness Prince Sisowath Tesso and I were fortunate to attend an exhibition Master Yun Long Zi presented in Bangkok where Master Yun was kind enough to explain to a group of visitors to his Exhibition that the paper he uses for his paintings is a special paper made in China from herbs found in the mountain ranges and known as “Dong Ba” paper.

Master Yun also explained that in China most of the Feng Shui related paintings are done by farmers who after the harvest find themselves with a lot of free time and no income while waiting for the New Year. With their Peacock, Crane and Pine Tree paintings they earn some income which last until the next harvest, making them feel happy and lucky. This is why their paintings are known popularly as “Feng Sui paintings”.

What has impressed His Royal Highness and I most about Master Yun is his humility. He is a person who radiates happiness and well-being and who is always willing to share his extensive knowledge of Feng Shui with others, so they can also appreciate this ancient art.

On this auspicious occasion, His Royal Highness Prince Sisowath Tesso would like to present to Master Yun Long Zi a couple of presents which he has asked me to describe for you:

I have myself brought two small presents, which I would like to present to Master Yun: 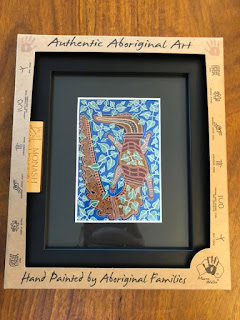 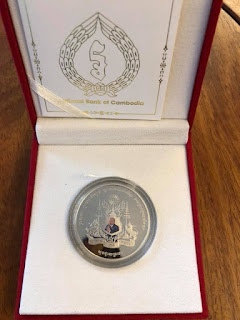 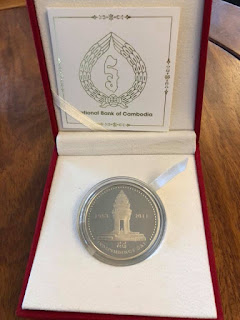 For today’s exhibition, Master Yun is using fans made with rice paper on bamboo strips and decorated with Chinese motifs. I am sure all of you will enjoy and like it immensely.

Thank you very much for your kind attention.

Owen，顾问助理  #Prosperity with Elegance
Posted by Unknown at 10:32 PM No comments: