Sometimes Ignorance can truly be a blessing

Recently I had the opportunity to speak with Master Yun about one of the founding clients Mr K from Holland (if you have read the comic version) who made a special trip this CNY to attend the Lotus on Water CNY celebration.

You can read more about Master Yun's 1st Guan Yin and how it led to knowing Mr K through the books provided by Lotus on Water thus I will not elaborate on it but let us look deeper into the lessons behind this event.

Mr K was totally convinced by Master Yun on their first meet up after Master Yun read his bazi, but at that time he had not yet done any fengshui solutions for his business nor his own luck. But after he went back and found the Lotto ticket, he went around sharing with his friends in Holland about Master Yun and fixed 15 appointments for Master Yun to fly over to see.

At that time, Master Yun was yet to be wealthy and successful thus upon hearing the news that there are 15 people in Holland waiting for him to see, he was awestruck and left the matter alone as he did not know what to do.

Few days later Mr K called Master Yun to ask him about the ticket booking and informed him there are now 21 people awaiting his advice. This time around Mr K made an impression to Master Yun that he has to come and see these people as they are waiting excitedly for his professional and accurate advice.

Thus Master Yun then took a leap of faith, though not yet knowing exactly what to do, booked his first ticket to Europe and sent his list of charges to Mr K for the consultation of the 21 people.

When Master Yun arrived, he was taken aback by the varsity of the areas he was dealing with as he was used to seeing the offices in Singapore which were more often than not smaller in size. however he kept his cool and continued the work.

The clients in Holland after meeting Master Yun were also amazed by his accuracy and thus applied his fengshui solution in their homes and offices and thus prospered and the rest is history which we all know.

Of course as we all know that Master Yun has now taken a step back and no longer reads the bazi and visit our homes for fensghui, however, this experience thought me one thing, over analysing sometimes will only cause us to lose our opportunity.

1. If Master Yun did not take a leap of faith to obey the 1st Guan Yin he would not have landed the opportunity to meet Mr K.

2. If Master Yun did not take a leap of faith to book the ticket and head to Holland, he would not have garnered the finances in such a short period to start the first gallery in 2006.

3. If the clients in Holland did not simply listened to Mr K and believed, they would not have invited Master Yun to do their fengshui and prospered.

Thus this taught me that sometimes we need to be 'ignorant' and believe that the treasures and fengshui of Lotus on Water would help us achieve what we want to achieve - because over-analysis will only lead to paralysis
Posted by Unknown at 5:50 PM No comments:

Treasures Within The Mountains

If you were present the blessing ceremony on last Sunday's Lunar New Year celebration, you probably would have notice this adorable crystal mountain with green patches... 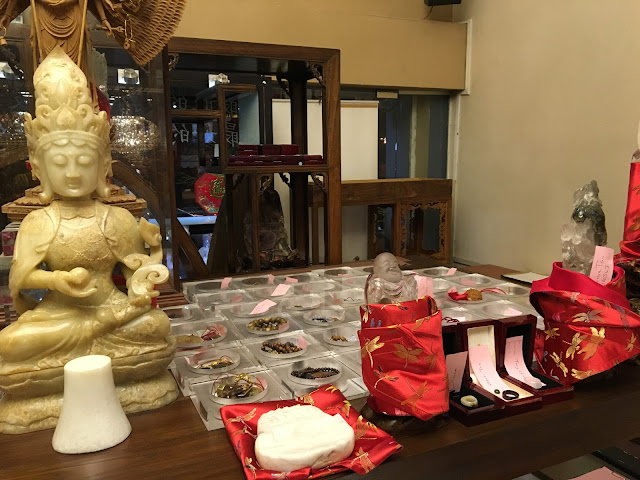 If so, congratulations! Because you don't get to see something as amazing as this often, surely not after it is delivered to the place of this blessed lady client who has been with the Lotus -- only since December last year.

I spoke with Mr Kan in a recent episode about a client who got her crystal mountain blessed on the 2016 CNY celebration. This is the one we were talking about.

A closer look -- the "green patches" in this crystal mountain, technically, we call them "green phantoms", they are iron deposits. What does it exactly mean...well, firstly, it means the crystal is very, very powerful! Iron mineral is heavier and denser. For it to congregate and grow in this crystal mountain does say a lot about the attraction force of this particular crystal. Imagine if your good relationships and benefactors are attracted to you, no matter how major they are, just like this. 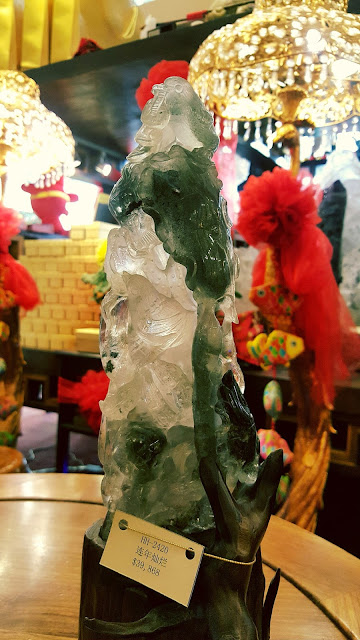 It is a rare occurrence to have green phantoms in a crystal, let alone the generous amount which can be found in this particular one. What is even more fascinating is in its formation: it is going upwards which means progression in studies and career...(read on)...and after reaching the top, it grows downwards on the left side, representing continuous growth and progression. A cycle. Just like some of our best clients, their prosperity doesn't end -- it is constantly growing in a healthy cycle. 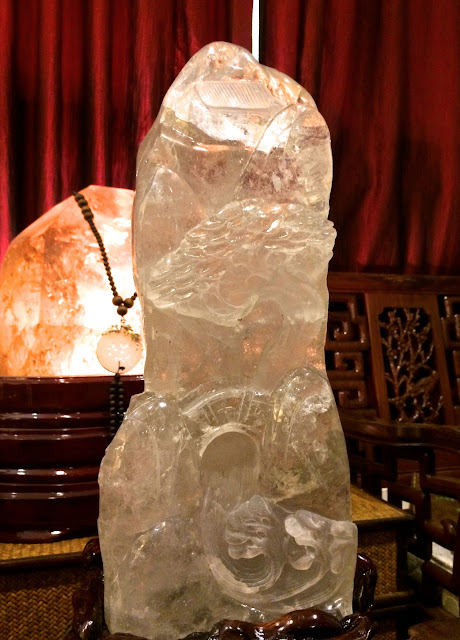 So what kind of crystal mountains can you choose from? In Lotus on Water, we have three categories of crystal mountains. Of course, the best and most powerful tier is Buddha and Guan Yin sculptures where only the best quality crystal would be used (I shall elaborate in time to come...), while something basic would be those carved as mountains (I, will also speak more on this, in good time). This one with the green phantom belongs to the middle tier.

After the CLOSE UP episodes with Mr Kan were released, so many enquires on which mountain they should get, where should they place it and so on. So if you want to have great health, good benefactors and relationships -- place the crystal mountains, and before that, as usual, make an appointment to speak to us to find out more first.

In the meanwhile, to all Lotus clients...HUAT AH!

-- Samuel Ling, Assistant to Advisor
Posted by Unknown at 10:25 AM No comments:

The very first event of the year 2016! The Chinese New Year celebration and the mass re-blessing events were definitely amazing and majestic! 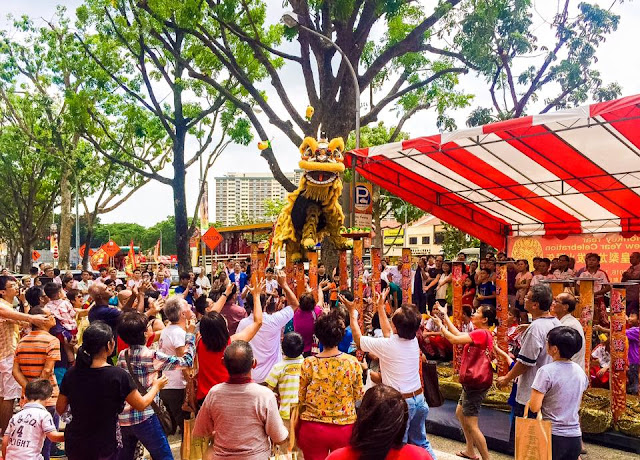 I was really privileged to be able to participate in this wonderful event. I am glad that I was in charge of the main gallery for the Guided Tour which was an unforgettable moment for me. This was my second time being in charge of the main gallery, to give a brief introduction about Lotus on Water to our blessed clients, since I started working here 4 months ago. I’ll consider myself really lucky because I’m able to participate in these two grand events in such a short period of time. 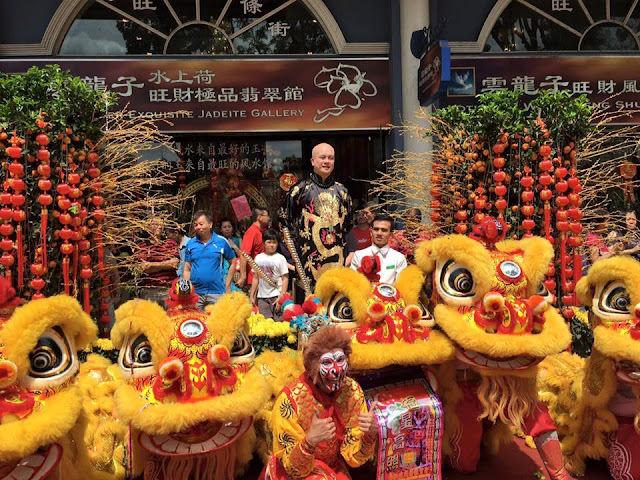 Mainly, I got the chance to share about the history of Lotus on Water, when the galleries were founded, and the procedures to go through before you can become one of our blessed clients. Well, I will explain more about this next time. For now, there is something else you must know about the Lotus...

It is really special and magnificent, Lotus on Water, and how close the bonds are between the Lotus and its followers. 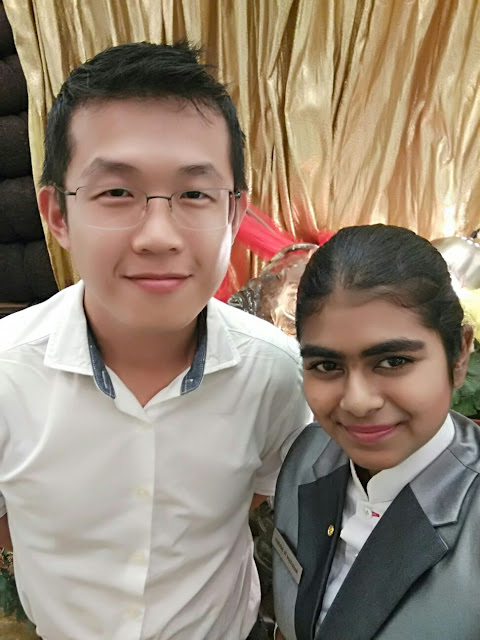 Before I became part of the Lotus, all I knew was that we sell, you buy, and that’s all. But in the Lotus, it is totally different! The relationship between the advisors and clients doesn’t just end like that, but instead, it becomes stronger as time passes by. How do I know this? Well, I worked together with them during the events. That is when I realised that our clients are totally on the different level than most people!

Let me share with you the experience I gathered by working together with them during these events... 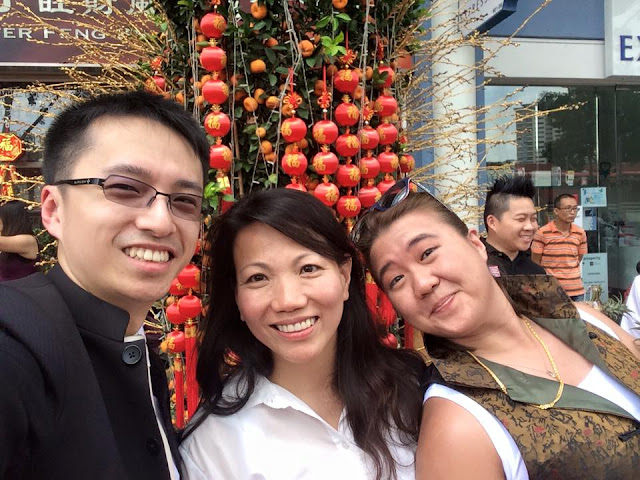 Firstly, they are so knowledgeable about our collections -- more than I can ever imagine! Secondly, they are so excited to be part of the events and give their best to make it a grand success! Thirdly, they are fearless people, who are ready to share their wonderful life stories and successes to others and inspire them to be Lotus clients as well.

I learned many things from them. They have been through many things in life and they know that Lotus on Water is the best platform which will definitely make their wishes come true, especially since they have experienced it first-hand. 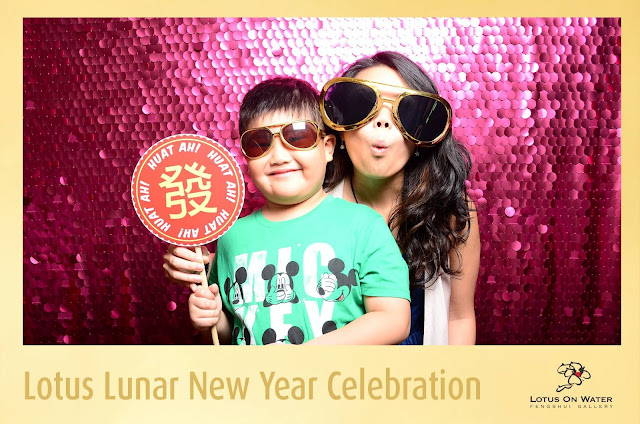 And of course, they are always prepared to spread the belief to everyone around them, because they truly believe and know that Lotus will definitely help you to be able to reach what you desire in life.

It was a great experience working together with great people like them. Getting to know them and learning about their prosperity with the Lotus will always be an endless journey for me! There is no end to how great and wonderful they are...but for now, that is all from me. Till we meet again.

-- Veyini, Assistant to Advisor
Posted by Unknown at 9:10 PM No comments: 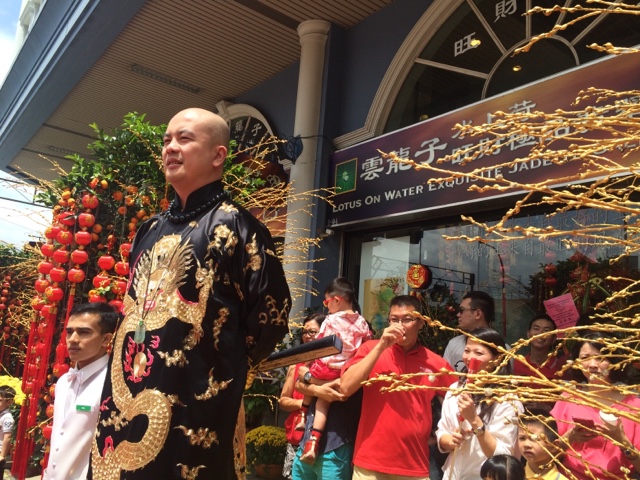 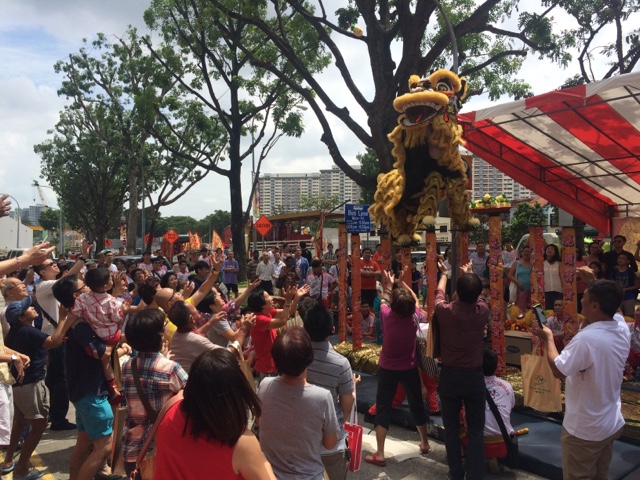 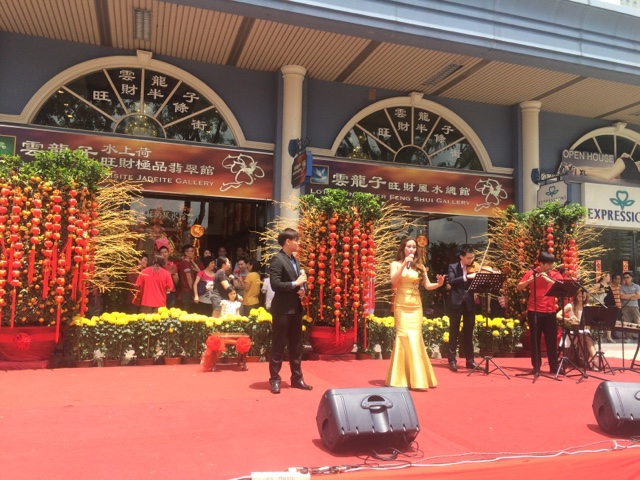 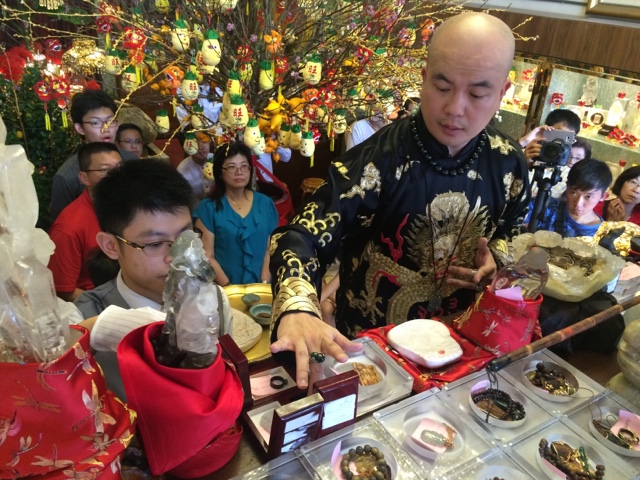 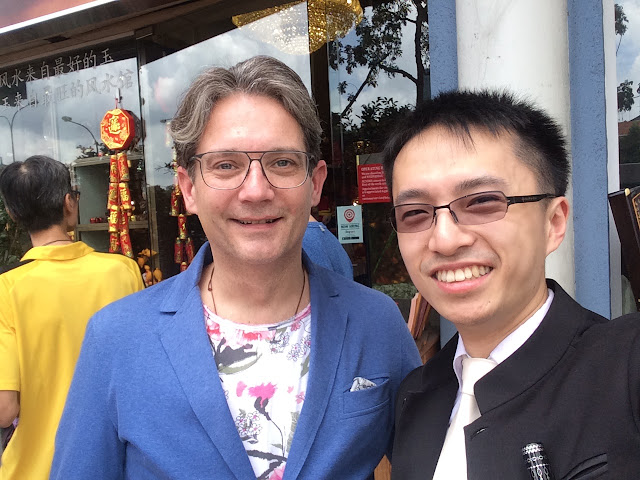