PART 2(a) OF THE FANTASTIC CONCERT, << RHYTHM OF THE GREAT WALL, THE SOUND OF ARTS>>

PART 2(a) OF THE FANTASTIC CONCERT, << RHYTHM OF THE GREAT WALL, THE SOUND OF ARTS>>

Wondering why there's a "(a)" in the title this time?
YES! We will be differentiating this spectacular concert into multiple parts. To understand this concert better, we will go by the songs which are being sang.
For the first part which we will be mentioning in this portion, we will be talking about the first 2 songs sang by our amazing Tenor, Zhuang Jie. 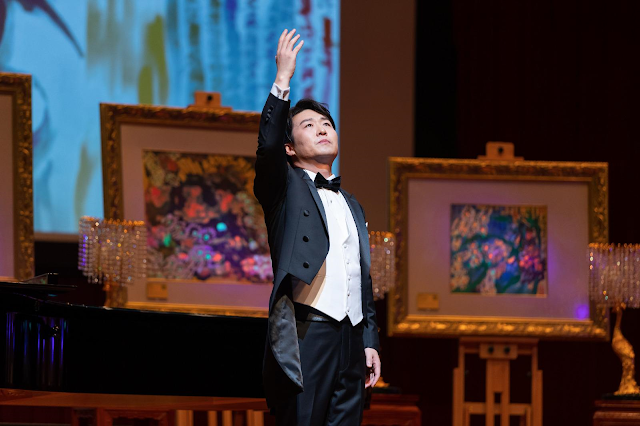 No.1: The Great Wall Is Always On My Mind
Fantastic and powerful music by great Chinese Artists in China, Lu Zulong, Wang Xiaojun and Gao Zeshun. Some people may wonder why this song? After doing some research regarding the Great Wall Of China and understanding about the magnificence of the spirit and soul this song brought out to us.
The Great Wall Of China is the building project with the longest duration and greatest cost in human lives, blood, sweat and tears. It deserves its place among "the New Seven Wonders of the World" and the UNESCO World Heritage Sites. 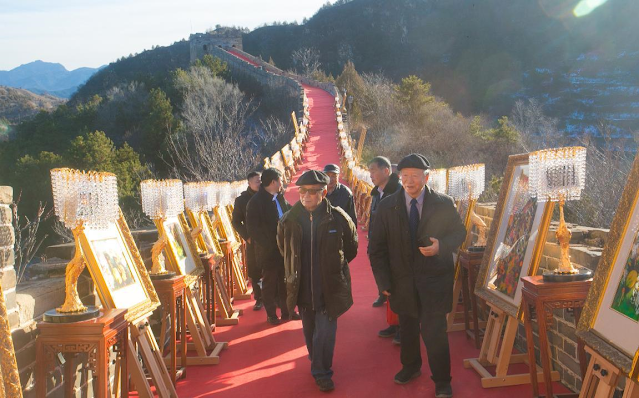 So going back to the title of this concert -
<<Rhythm of the Great Wall,  The Sound of Arts>>
As I mentioned in the part 1 of my blog, YES! If you hadn't read it, go back to our Lotus On Water Blog and recap it! This is a fusion of the arts, not just AUDITORY but VISUALLY and so we must take a look at some of the MAGNIFICIENT Master Yun's art pieces which was displayed at the SCO concert hall. 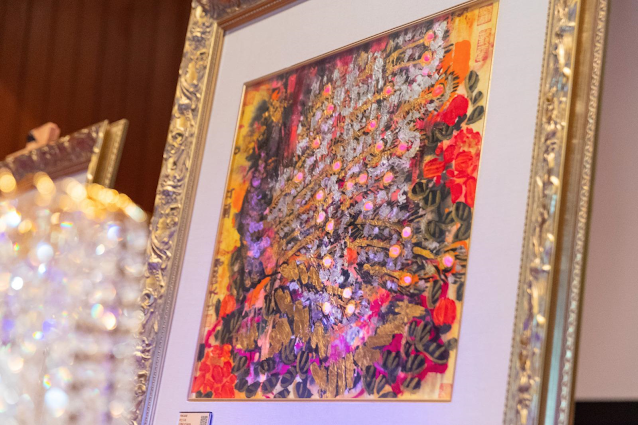 Below here would be Master Yun's Thoughts On this painting, "A Wall Of Gems" which he does for every of his paintings to explain the meaning behind it.
画中有思
THOUGHTS ON PAINTINGS
有许多人还真相信
It’s unbelievable that many still believe that...
秦始皇建长城是表现了他的强权暴政
Emperor Shi Huangdi built the Great Wall of China because of his tyranny
笑话！
It’s a joke!
秦始皇吃饱了撑着吗？
Has Emperor Shi nothing better to do?
花这么多财力，精力与物力来建长城?
To have spent so much money, energy and resources to build The Great Wall of China?
难道是长城上走马看花，
寻欢作乐，喝酒？
Can His Majesty take a stroll on the wall?
Or have merry good time? Drinking and flirting on The Great Wall?
秦始皇有没有付薪水给建长城的老百姓我不知道，想想也知道一人一口饭，一人一口水都得付出许多财力与精力
I am not sure if His Majesty paid the people who worked on The Great Wall? But we can guess, just feeding the workers takes up a lot of money and effort
可是不这样做，
边疆的游牧民族便会掠夺屠杀我们的子民
But if you don’t build that wall, the nomads from the north would rob and kill our people
一个人有财有势之后，
也会招惹许多妒忌贪婪的＂游牧民族”。
When a person is prosperous and glorious, he would attract a lot of greedy and jealous “nomads”
我们得用智慧，能力，勇气筑起长城
We need to build A Great Wall with our wisdom,
capability and courage
而且是富贵华美的长城
A Great Wall of Prosperity and Elegance
No.2: The Swan Goose
Traditional Mongolian Folk song with meaningful lyrics. The Swan Goose has always been a auspicious omen in the Chinese culture, many people have portrayed this song in many ways but frankly, Tenor Zhuang Jie version was the most impactful and powerful. 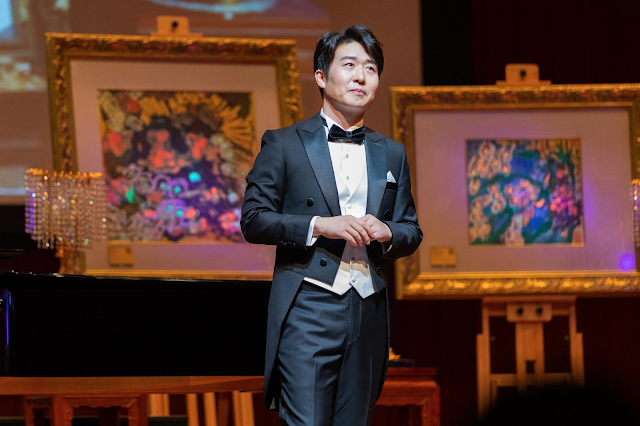 This time, which painting is it portraying then? Master Yun's paintings has many auspicious creatures, from the most commonly seen Peacocks which is being inspired by the Peacock King which is a Japan god and mentioned to be the same level as a Buddha in the Chinese culture. However, this time we would have another powerful creature representing POWER and STATUS. Also, the most special part is that this painting is painted on the silk, Eric Raisina, really wonderful designer which worked with us for this series of SILK paintings. 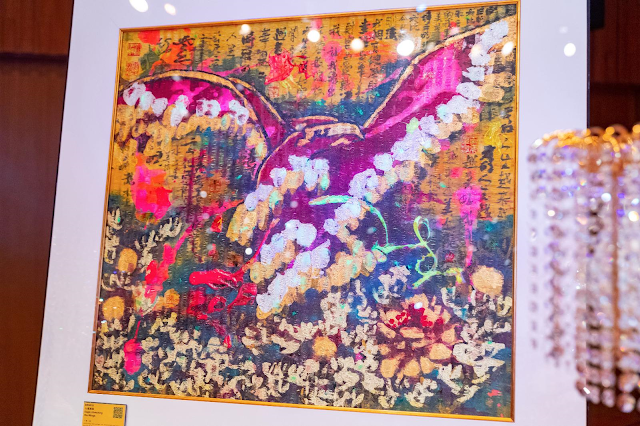 画中有思
THOUGHTS ON PAINTINGS
鹰之展翅
The stretching of the wings of eagle
与凡鸟不同
Is different from the stretching of the wings of the other birds
凡鸟展翅，如同凡人散步
The ordinary birds stretch their wings like ordinary people taking a stroll
边走边看，因为视线太短
They look as they stroll, they look as they fly. Tragic of being short sighted
往往一不留神，走入圈套
Oops, they may fly into traps
就怪命吧！短视便是这样
And blame it on fate. That’s the story of being short sighted
鹰则不同
The eagle is different
与鹰翅更厉害的是鹰之眼
More powerful than the eagle’s wings are the eagles eyes
十万八千里之外的目标己经盯住了
The target of ten thousand miles is clearly spotted
十万八千里之内的动摇都在眼底
The dangers within the ten thousand miles are within its vision
一展一扇
And once the wings are stretched and flap
如闪电直达
The eagle arrives the target like lightning
2/13 were being mentioned in this particular more, if you are looking forward for more information of this FANTASTIC fusion, be sure to check out our blogs!
- Written By Siah Siang Woo, 28/3/21
Posted by wooowooo at 12:25 PM No comments:

<<RHYTHM OF THE GREAT WALL, THE SOUND OF  ARTS>>

What were you doing on the 14th of March 2021?
Working?
Shopping?
Or still studying?
For me, I had the best night of my life at...
SINGAPORE CONFERENCE HALL! 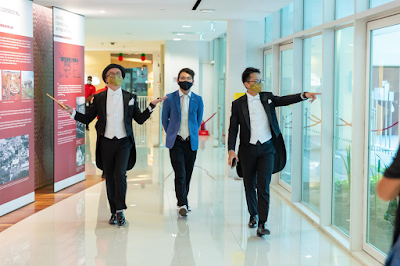 To many, this was probably one of the most wonderful night.
Tailcoats, for the gentleman and Wedding Gowns for the ladies. 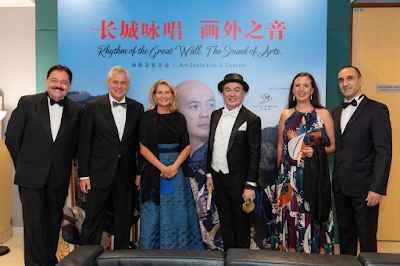 Initially, without COVID, we could have over 800 people, however with the current situation, we can hold only about 150 people. Despite only this sum of people, the ENTHUSIASM and THRILL of the atmosphere brought by was even higher and more fun seemed to be intrigued! 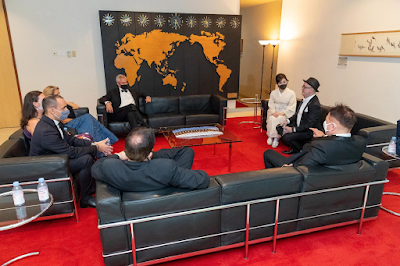 Many asked," what was the best thing about that night?" I do say there are two main points, firstly, to see our regular clients bringing their friends and family together into our HUGE #lotusfamily, and attending our event together. Importantly, some people call it a UP IN LEVEL, some calls it a BREAKTHROUGH, there are those which name it a FUSION of ARTS, what do you think? 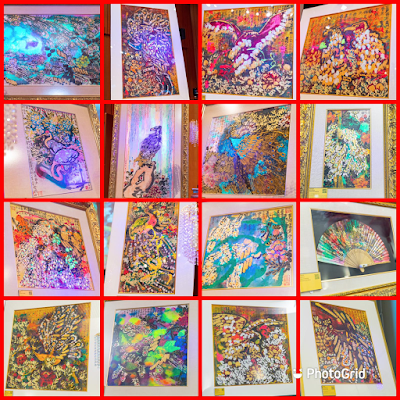 This isn't the end! So look forward to part 2 for more exciting details of this marvelous EVENT!
-- Written by Siang Woo, 21 March 2021
Posted by wooowooo at 12:43 PM No comments: 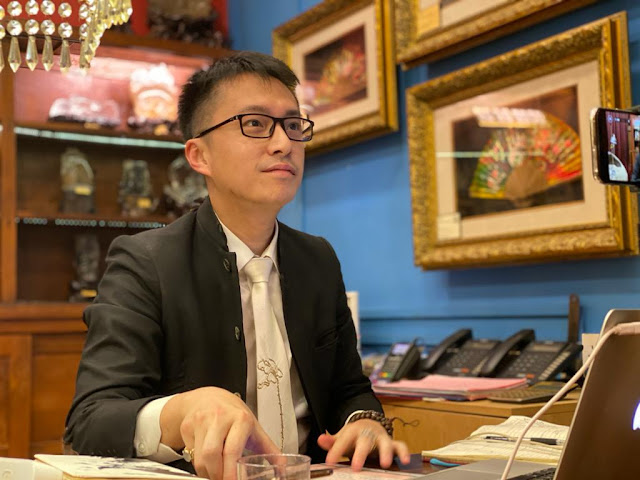 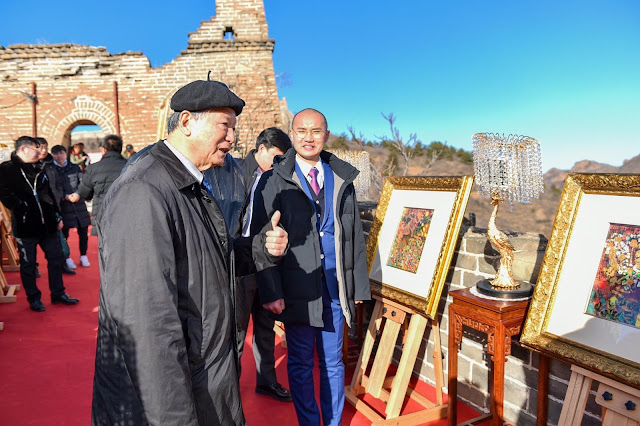 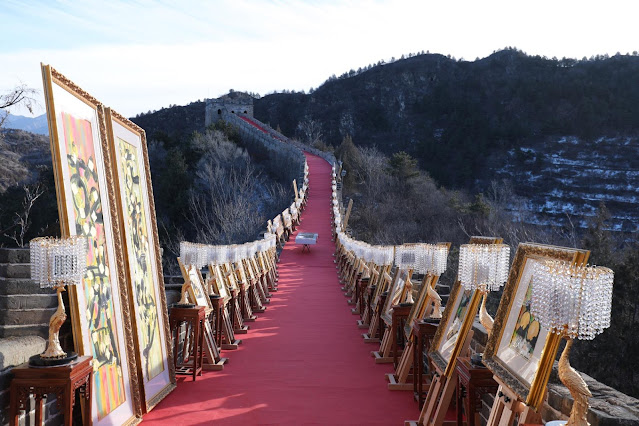 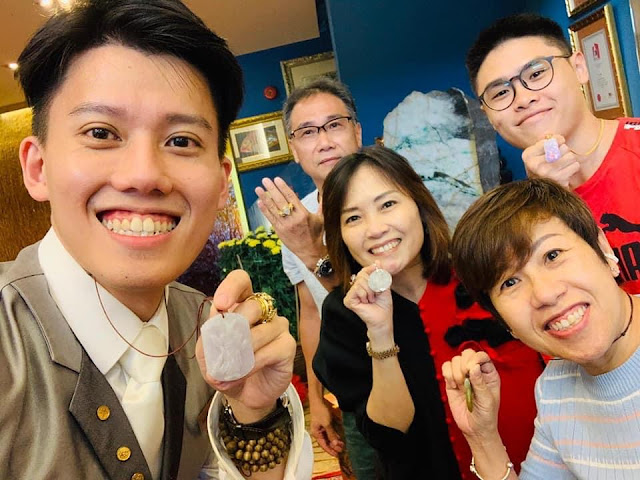 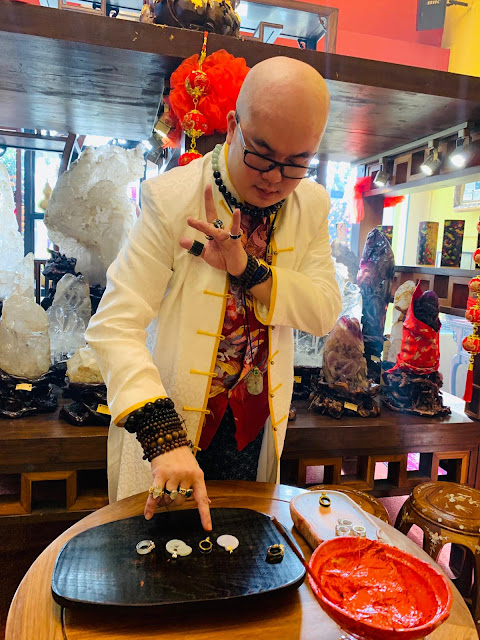 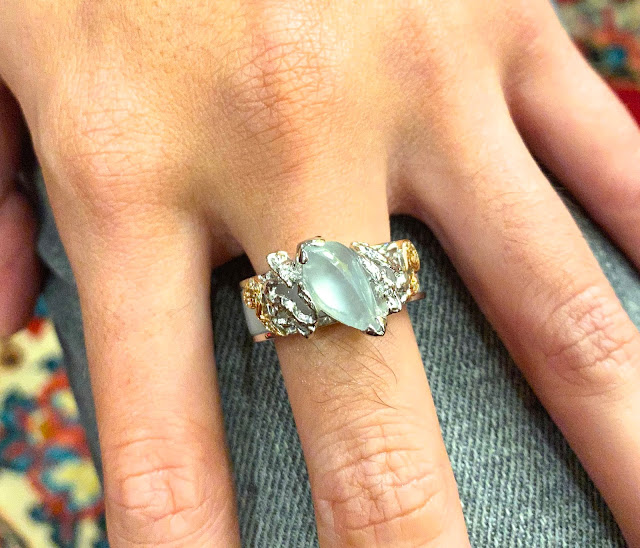 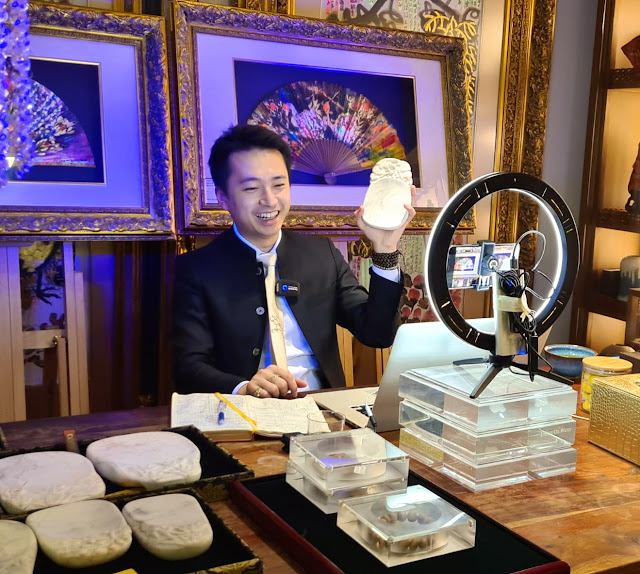 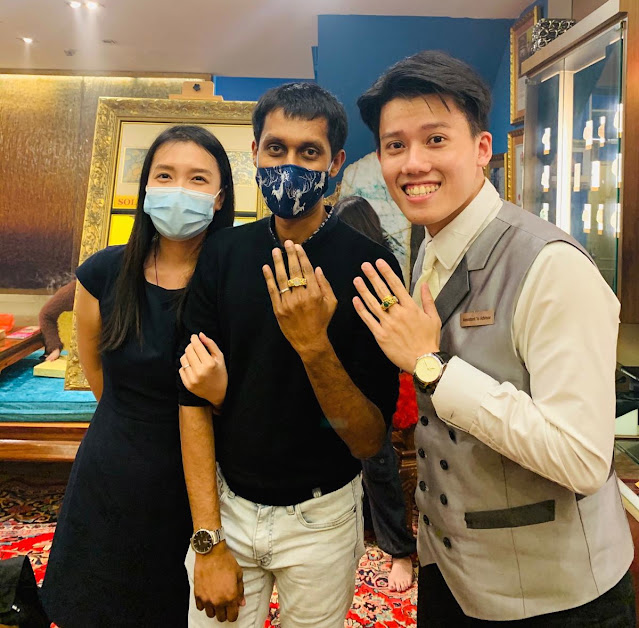 Posted by shaunchoh at 6:05 PM No comments: