Owen，顾问助理   #Prosperity with Elegance#
Posted by Unknown at 9:44 PM No comments:

Why Must it be From the Lotus on Water Exquisite Gallery?

Lotus on Water Exquisite Gallery isn’t the only fengshui gallery selling jadeites and doing fengshui, but we are uniquely different and in what ways you wonder.

Let’s first look at how Lotus jadeites and the Heaven on Earth jadeite rings prosper our clients.

Bringing you the best and deflecting the bad.

A powerful fengshui master—one who stands by his principals and wealth of fengshui knowledge—concocts the unique vermillion for “awakening” Lotus treasures that bring out the best in you and for you to shine in the way ahead.

It’s like attending a concert: a free seating entry pass gives you the freedom to sit right in front of the stage or in the last row. Although you get to watch the performance in both sets, they bring very different levels of enjoyment and satisfaction.

If you have a choice, would you rather be seated at the very back or in the VIP seats with a direct view of the performer?

If you have a choice, would you prefer to have a singer who lips syncs and is bad at it or a singer who sings ‘live’ and amazingly?

We have our preference so to each his own, but being seated in the VIP seats when the singer sings ‘live’ is just incredible.

Listening to a singer’s affectionate singing is having a Lotus treasure that has been “awaken” and all ready to convey images and sounds to the wearer, for him to experience the passion and joy of attending a concert every day.

A lip syncing singer can't convey such passion and joy, only a truly passionate singer can do so, and Master Yun is such a singer.

A lip syncing singer is a dishonest singer, how do you expect the heavens to bless such a person? Only the blessed Lotus treasures can bestow upon you heaven’s blessings, giving you your personal concert pass. Have your Lotus treasure and have them assist you in arriving at your destination.

The road of prosperity is filled with obstacles, but your Lotus treasure works like a lamp in the desert, leading you to the oasis in this boundless heaps of sands.

Colourful art piece catches everyone’s attention, but we should not neglect what’s written in the background. It’s a prayer conceived personally by Master Yun, it’s a sincere piece of creation that brings you the most genuine emotions.

These works of Celebrationism have the Lotus on Water prayer written on them:

I am better today than I was yesterday,
I will be better tomorrow than I am today.
I am healthy, wealthy, happy and attractive.
Wealth & Love follow me as I bloom like Lotus on Water.
Health and Happiness Increase,
As I grow in Prosperity and Elegance.

This Lotus on Water prayer conveys happiness and positivity to your family and friends, bringing them joy and blessings. Master Yun insists on using 100% natural and authentic Lotus treasures as it's the only way to prosperity—you have to sing ‘live’ and not lip sync.

Let’s attend this concert of the century and its venue: Lotus on Water Exquisite Gallery.


(Translated)
Posted by shaunchoh at 2:05 PM No comments:

"怡然轩" 的过去，现在与未来 | The Past, Present and Future of "The Blissful Room" 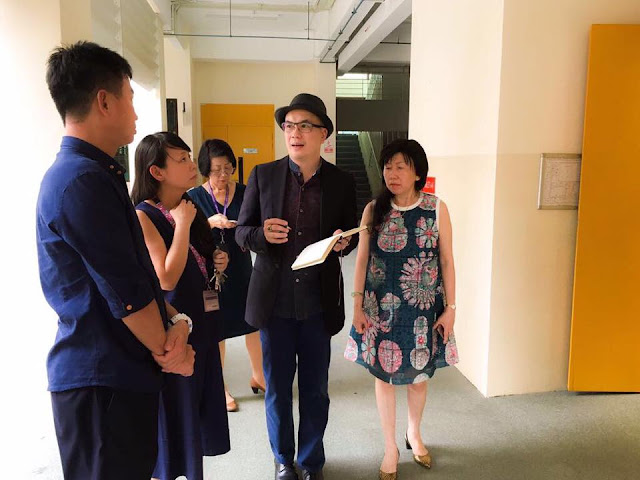 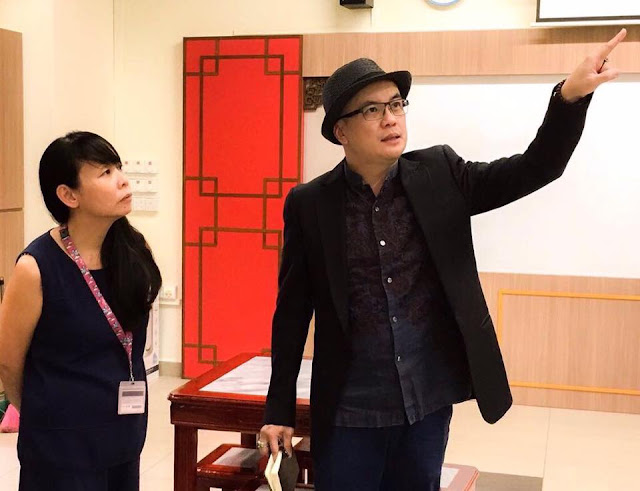 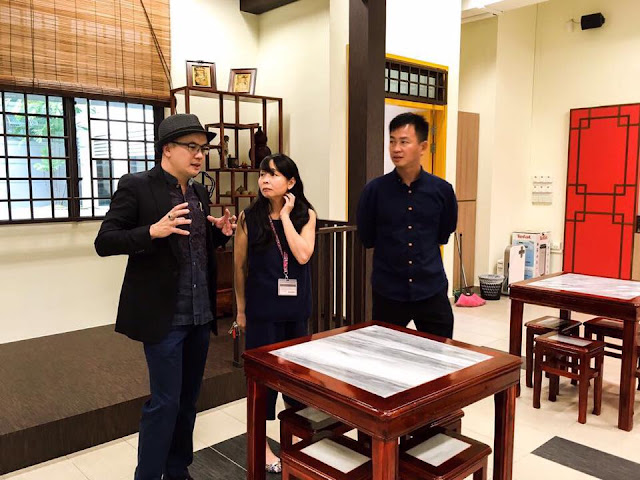 Fifteen years ago, I was the Head of Mother Tongue Department here, in charge of the education of the three main mother tongues (namely Chinese, Malay and Tamil). I was thirty.


The more glorious result was the previous year whereby I set up a Chinese cultural room "The Blissful Room".
It was suppose to be none of my business because I was the Head of Civic and Moral Education. But everyone thinks it's none of his business.

So the Principal then declared that he shall take back the special room allocated to the Chinese department because nothing has been done to it for a long long then.

So I volunteered myself. 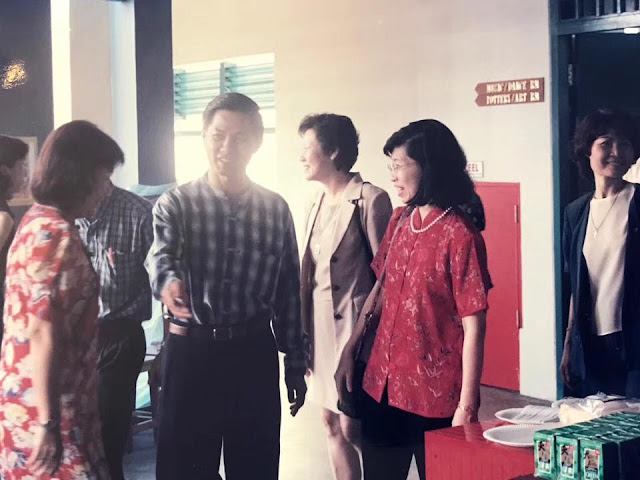 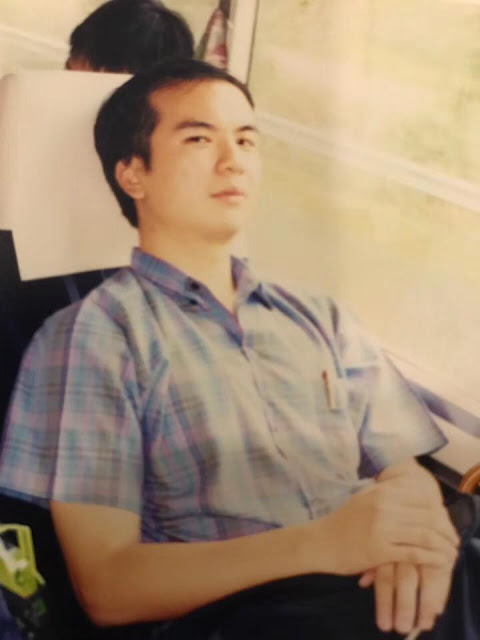 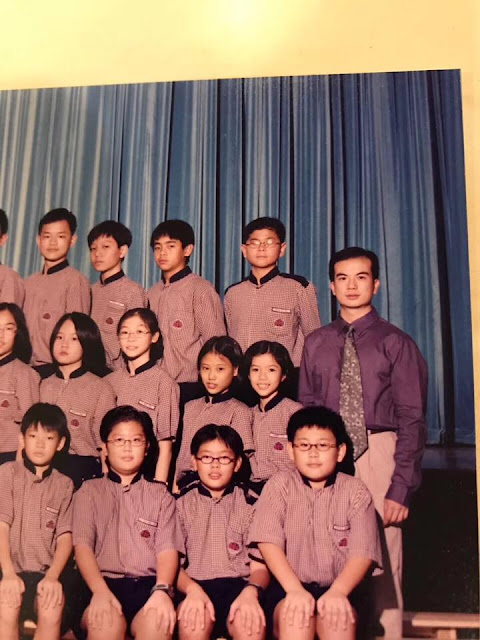 
The Principal gave me one month to do up the Chinese cultural room.


I dragged a long ladder in, locked the door, climbed up the wall, and started painting on the huge wall a Chinese style painting of mountains and water.

After two weeks of waiting patiently, and heard nothing, the principal asked me to unlock the door and show him.

He had a shock. And a pleasant one. 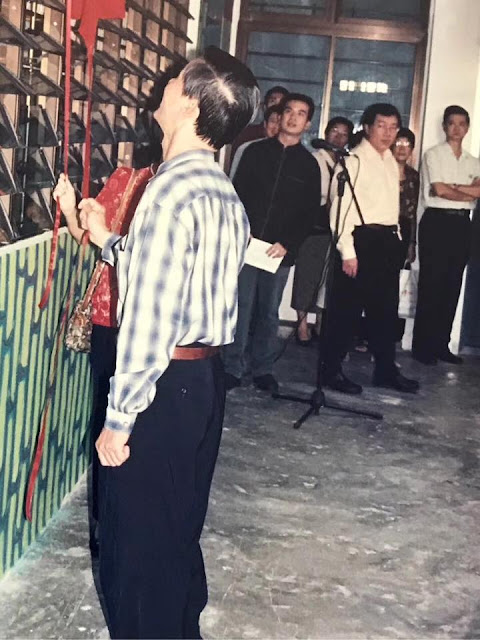 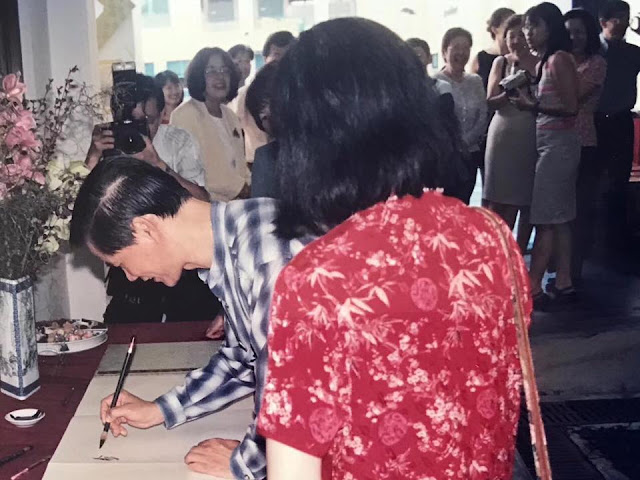 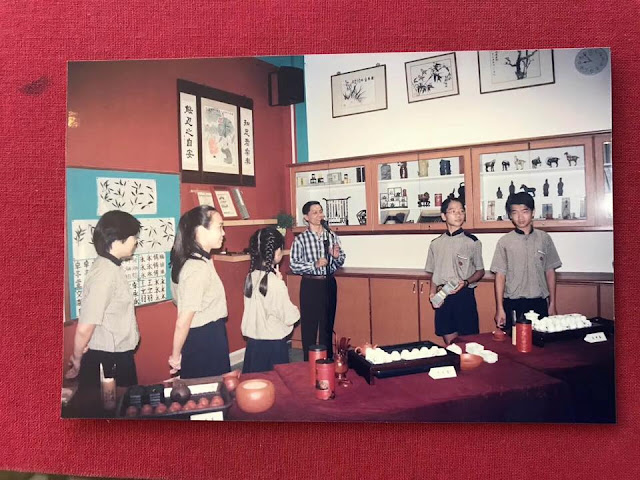 Principal Lawrence Choong invited the school inspector, and other principals, as well as the press. And he declared 21st April 2001 to be the opening of "The Blissful Room".

Ever since, the schools principals and heads have held meetings here. Oversea educational delegates have visited it. Many members of parliament have visited it too.

I was twenty nine. 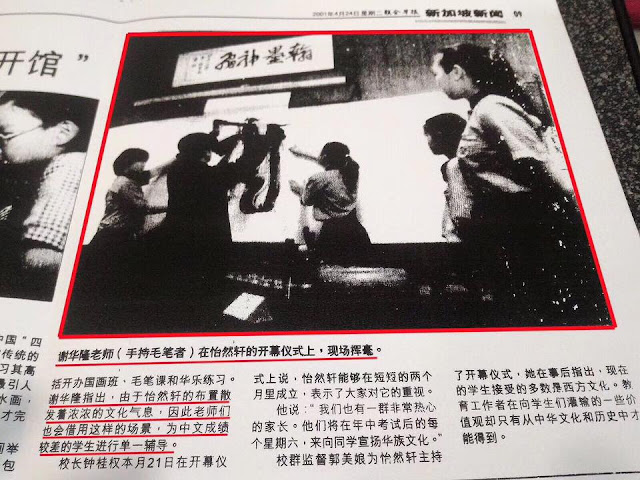 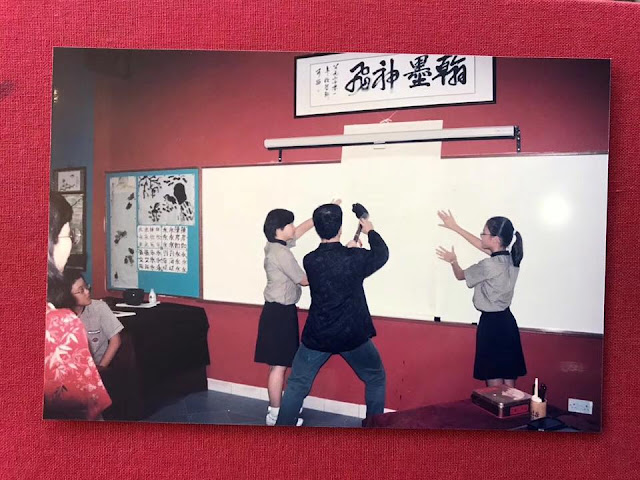 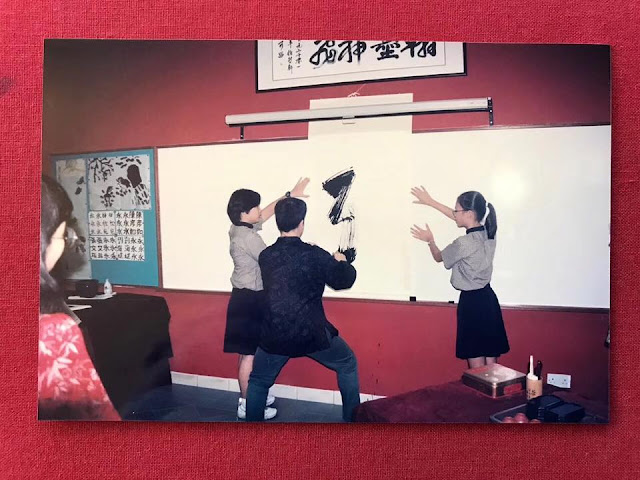 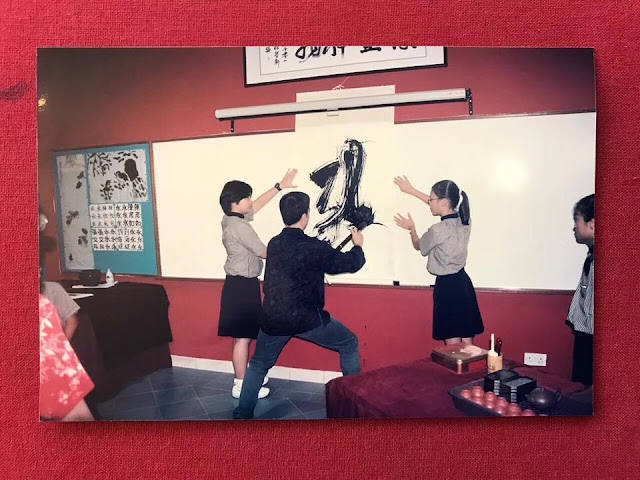 Subsequent year, the then Mother Tongue Head retired and the principal asked me to take over. I did.


Many said I have done so much just to get my promotion. I am an expert in turning a deaf ear at appropriate time.
Actually I was preparing to study my postgraduate course at Cambridge university.
I accepted the post for the convenience of carrying out cultural projects. 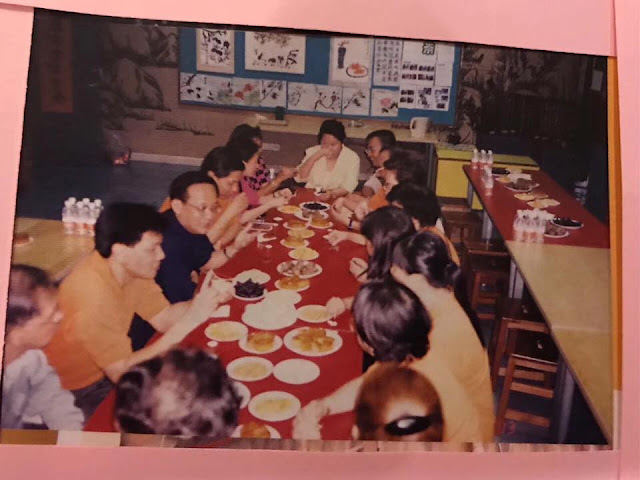 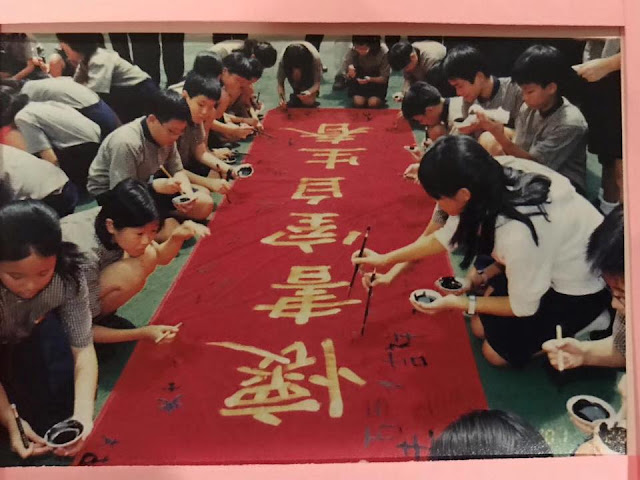 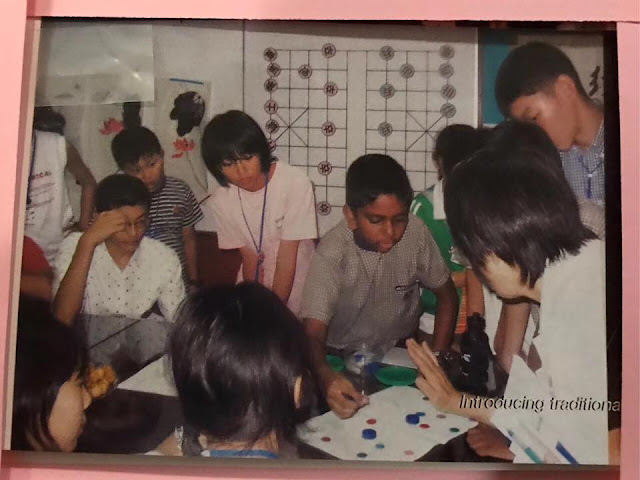 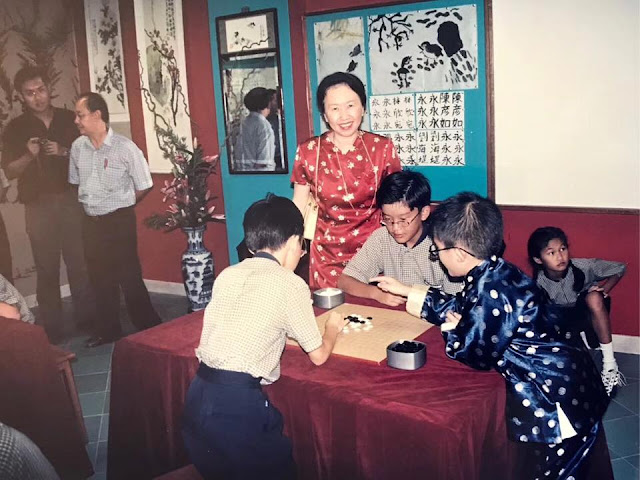 When I resigned, I introduced Dr Tan Lee Xiang to the principal. At that time she had not had her Phd yet.

Dr Tan was very capable. But she was diagnosed with cancer in a couple of years. Dr Tan needed to resign to fight the devilish cancer.

The beautiful "Blissful Room" was without a deserving leader.

Human plans but heaven resides. Grandfather passed away.
I took over his duty.
The details can be found in "The Rise of the Fengshui Master".
Grandfather's prediction was more accurate than my wish.
I was thirty one. 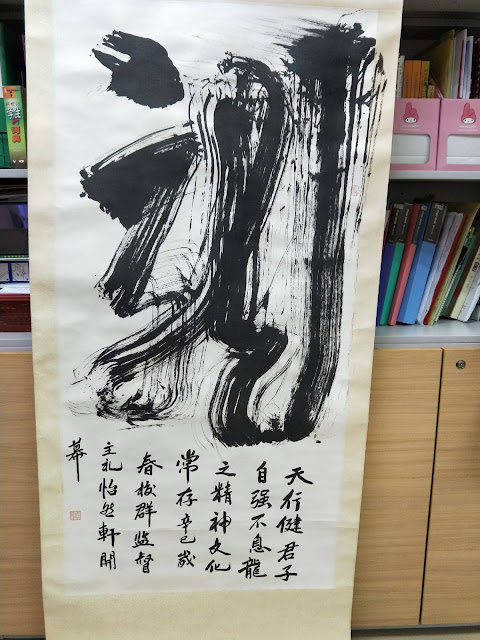 The Principal Mr Choong was posted away, Dr Tan was fighting cancer, subsequent principals and heads have very little interest in up holding previous glory and our own culture.

"The Blissful Room" closed down. 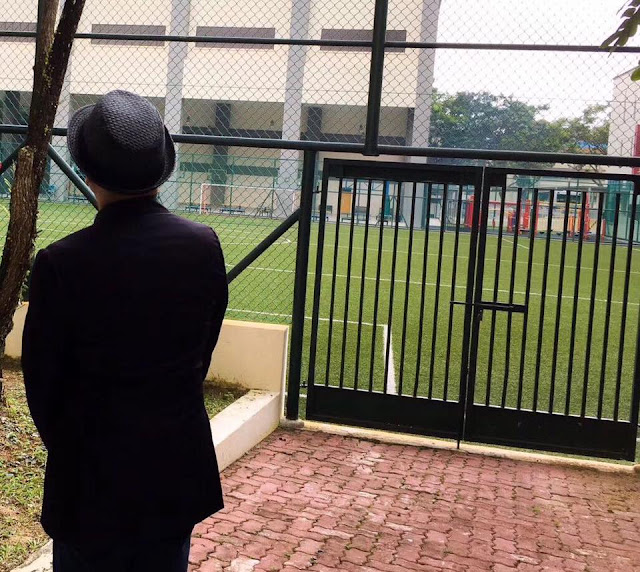 The present principal, Mrs Tan Wie Pin, is the descendant of the great learned and literati. Her grandfather was a famous calligrapher who has written on the plague of the clan association building.

The new Head of Mother Tongue department is a capable young man who is fervent and sincere to build up the glory of our culture.

Dr Tan Lee Xiang has not only overcome her cancerous decease, but has also gotten her Phd.

They want to rebuild " The Blissful Room”. 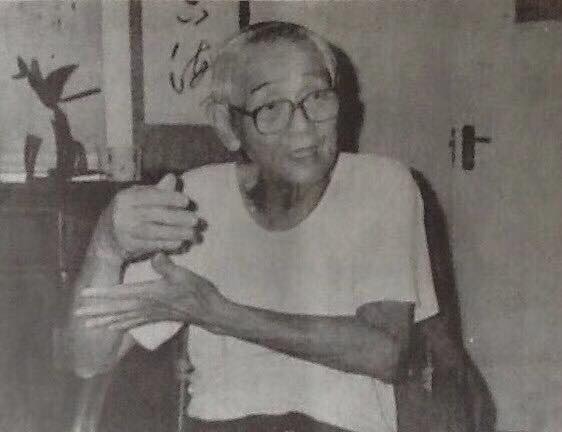 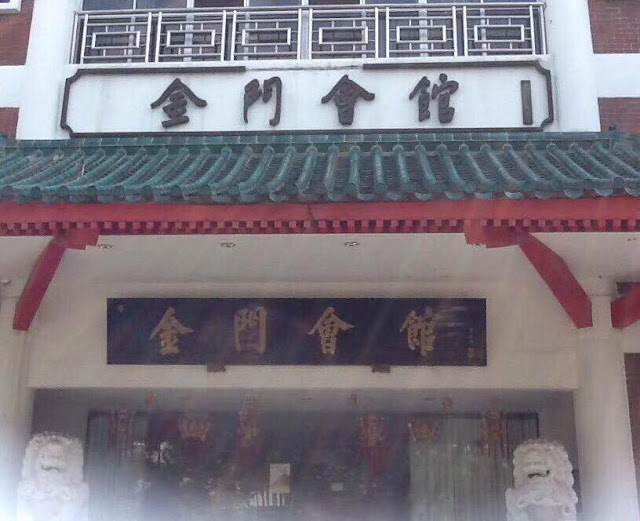 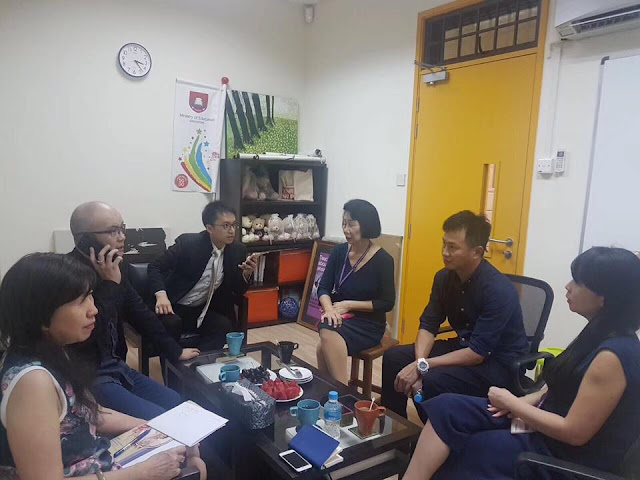 Under the arrangement of the SAC member, Mrs Jenny Tan, they invited me to go Anderson Primary Schools last Friday to visit the new "Blissful Room", and to discuss strategies of promoting our culture.

I suggested we not only teach our culture to our own children but share it with other races. And we should be open to learn from other races as well. We can be modernized and globalized. But at the same time, we ought to be proud to retain our "Asianness".

The Heaven has not destroyed the "Blissful Room".