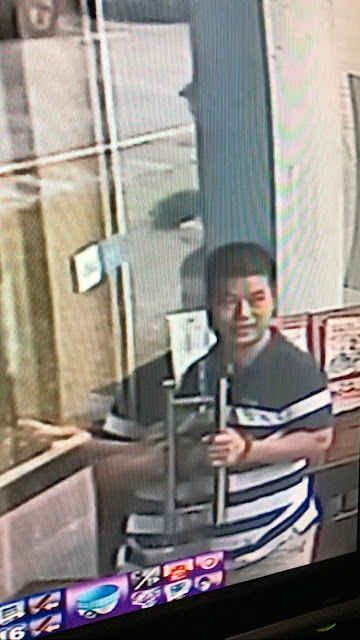 Look at this sneaky man standing sheepishly in front of our gallery. He came to our gallery last Thursday telling one young staff that he came from china and his "friend" asked him to look for Master Yun to sell him "jadeite".

Just nice, I was in the gallery. When I heard this, I laughed, telling him that he may sell us if he has a piece of raw jadeite that's bigger than ours (850kg). If not, he should in fact buy from us.

After letting this sheepish PRC go, and I thought about it for a few days, I gave an order to all Lotusons. Henceforth, when we see people like this roaming outside our gallery, we shall ask him to go into one room, lock him up and report to police straight away.

These people come to our beautiful island of Singapore as a tourist, with a tourist visa. But in actuality, they came to do their dirty, ugly business of selling his so-to-call "jade" to innocent Singaporeans who succumb to the temptation of cheap and illegal ornaments.

In other word, this man is a smuggler.

Not only he evaded tax when he crossed the immigration customs, earn some black money on his way back, but because his "shop" is just a piece of luggage that he pulls with him everywhere he runs away to, he does not have to bear any responsibility to the things he sells and to the people he sells to.

He is a thief who steals away money and good fortune from our people.

In other words, the things sold by this kind of irresponsible people who are just interested in making some hit-and-run money, are fake.

Many years ago, a few of these smugglers have lured away a couple of our staff to conspire with them in a most despicable way.

One old staff brought one client to one "fengshui" shop in Chinatown who was more than willing to work with these smugglers to buy a piece of "black jade ring" (which looks like the earth ring of our Heaven and Earth jadeite ring).

That ring costed only ten Singapore dollars. Amazing price! But that was not the only price that client had to pay. Bad fortune followed one after another. After a few weeks, she took out the ring and observe carefully under strong sunlight. And she then discovered the hair line cracks in this ring which was not obvious to naked eyes. When she told that staff, she just shrugged her shoulder saying that the ring was not sold by her and she should not bear any responsibility for it.

To preserve the integrity of Lotus on Water, Master Yun had fired these staffs who were willing to betray the Lotus and her clients, despite of all the teachings and grace Lotus on Water has bestowed upon them.

A few weeks ago, one of these ex-PRC staff has returned to Singapore. He is currently working in this "fengshui" shop in Chinatown.

Strange thing is, the smugglers who have not appeared in front of our gallery for years started to return again.

I have just decided to be more civic-minded and reported this man to the police, the ICA and the Ministry of Manpower.

And if you, our dear and faithful Lotus on Water clients and fans, have spotted this man anywhere, or have any evidence of their smuggling activities, please do inform me.

Let us together help to protect the sanctity of Lotus on Water and the healthy business operation on our beautiful island.

Heaven shall repay you graciously for doing the right and just thing.

Email ThisBlogThis!Share to TwitterShare to FacebookShare to Pinterest
Labels: Kan, the lotus story 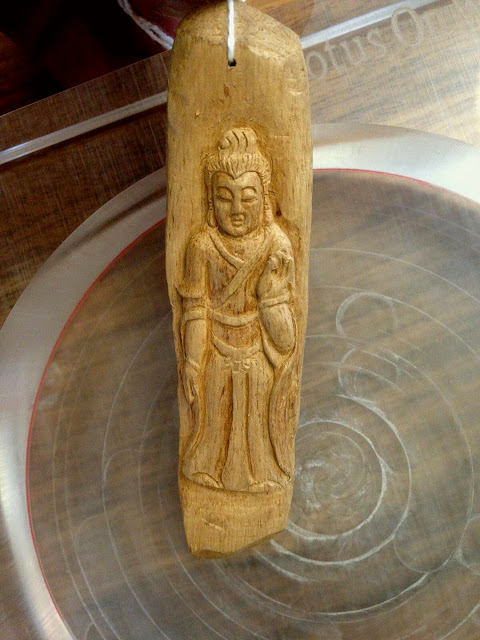 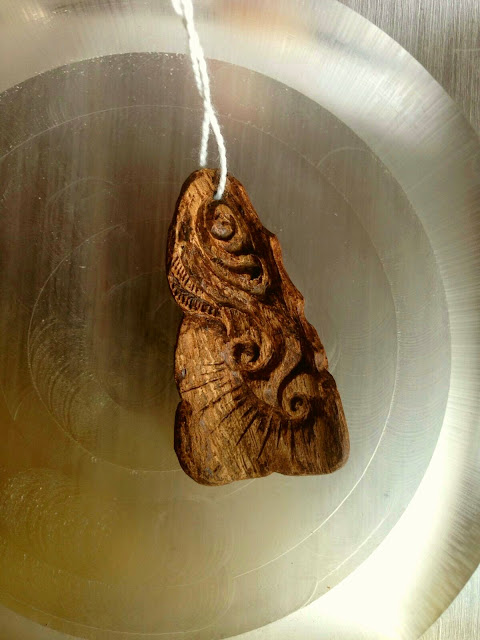 Master Yun: Lotus on Water Sells Nothing, But These 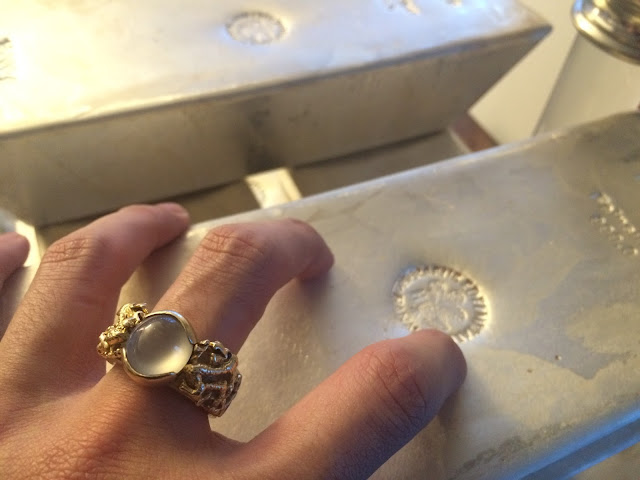 In the long course of history, gold and silver have served as currency for transactions in lands where humans settled. This is why I identify with gold and silver.

Lotus on Water bases its decision on what treasures to sell on the same principles and reasons.

For example, at Lotus' founding in 2006, amber 波斯蜜蜡 had its heydey in the market. Blue, purple and green coloured, it was very pleasing to the eye. But I refused to sell it. Eventually, amber was proven to be a sham.

Two years later, Liu Li Gong Fang launched a successful marketing campaign, and big shots of the Feng Shui industry followed suit in selling liuli 琉璃. It's cute, beautiful, low cost and highly profitable. Similarly, I refused to sell it. To me, liuli is essentially glass; it can be mass produced, and regardless of its beauty, there's no way it could maintain its value.

A few years later, liuli hit its lowest point. It was too late for those industrial big shots to regret their decisions. Liuli was sold everywhere, there was probably more liuli than junk in the market and its sale price fell like junk as well.

Later on, the others started selling "blood dragon wood" 血龙木. But I am unmoved by these novel and popular products.

The treasures sold in our galleries—jadeite, agarwood, sandalwood, Duan Xi inkstone, crystal Buddha statues—have been used for a long time in human history. This is why 90% of the treasures we sell can be found in auction houses.

Humans are fickle and our interest does not last long. We can be into something today and go crazy over another tomorrow. But there are a small number of things that stand the test of time, maintaining and proving its value.

And Lotus on Water sells nothing, but these.

Posted by shaunchoh at 1:33 PM No comments:

The Flaming Mountain of Lotus on Water

In the classical novel of Journey to the West, the Monkey God knocked over the Grand Supreme Elderly Lord’s 太上老君 Brazier of Eight Trigrams 八卦炉, causing embers to fall from the sky, forming the Flaming Mountains 火焰山 on earth. Its red hot flames rose into the skies under the blazing sun.

There’s a Flaming Mountain at Lotus on Water? 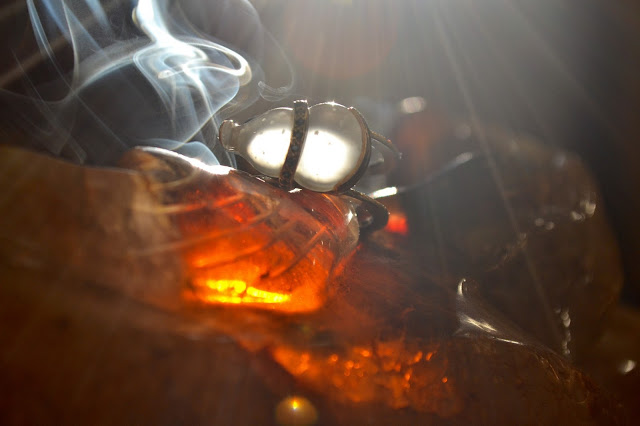 What is this? A dazzling display of red under the sun, an energy that is trying to escape from within, is this magma or flames?

It is Lotus VIP gallery’s Mega Lotus Crystal Incense Pot金刚有余大發炉.
This is a mega crystal pot for our blessed clients to recharge their Heaven and Earth Jadeite Rings, boosting the dragon pearl’s energy.
The heat from the mega crystal pot boosts the dragon pearl’s energy into that of a blazing sun, burning your malefactors and obstacles, and prospering your wealth and benefactor luck. 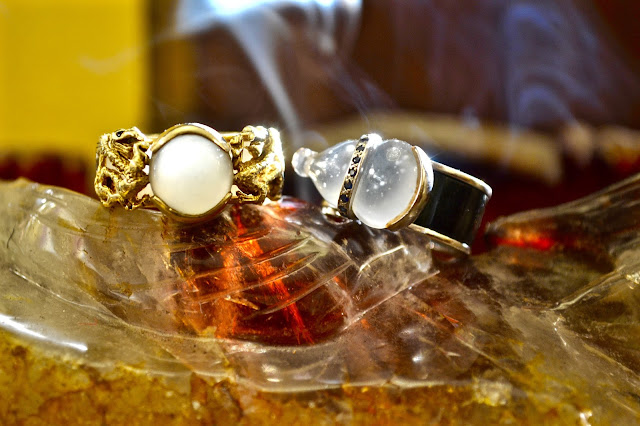 Now you can own your personal Mega Lotus Crystal Incense Pot to light incense, prosper your huat qi and boosting your Lotus Ring’s energy.

I remember a blessed client who bought this huge crystal pot telling me: I’m supposed to be working overtime today, but I decided against it as I have something more important to do—drop by Lotus on Water!

Because Lotus treasures prosper my life, bringing me more wealth and hope!

So what are you waiting for? Drop by and bring home your personal Lotus treasure booster: The Mega Lotus Crystal Incense Pot. 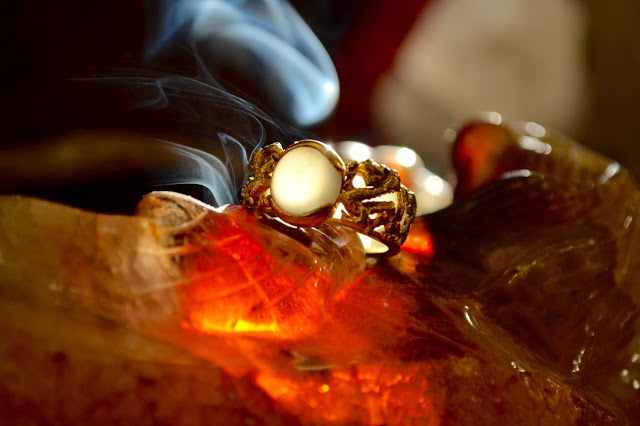 
(Translated)
Posted by shaunchoh at 12:00 AM No comments: