And Master Yun Said: I Listen To The Voice Of The Universe

I am sure by now, whether were you present at the art exhibition at ION or not, you must have seen Master Yun's fengshui paintings. And I am sure that you have seen how they glow to the UV light when darkness befalls... 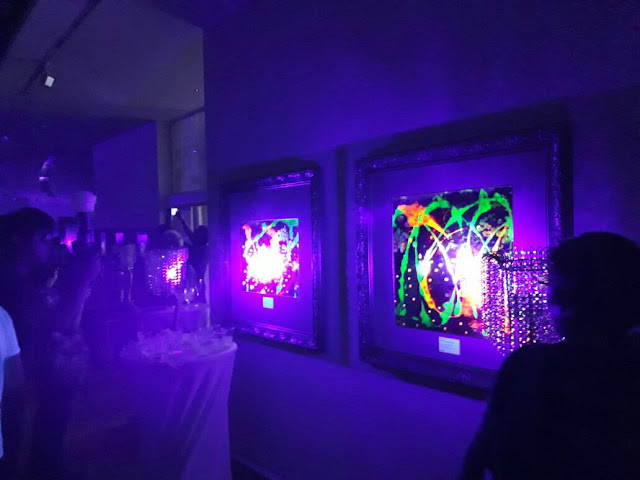 In brightness, you see Master Yun's creation -- the peacock -- displaying its gold and silver feathers proudly; in darkness, you see the painting transforms before your very eyes. As if you were elevated among the stars, into the skies, into the universe. 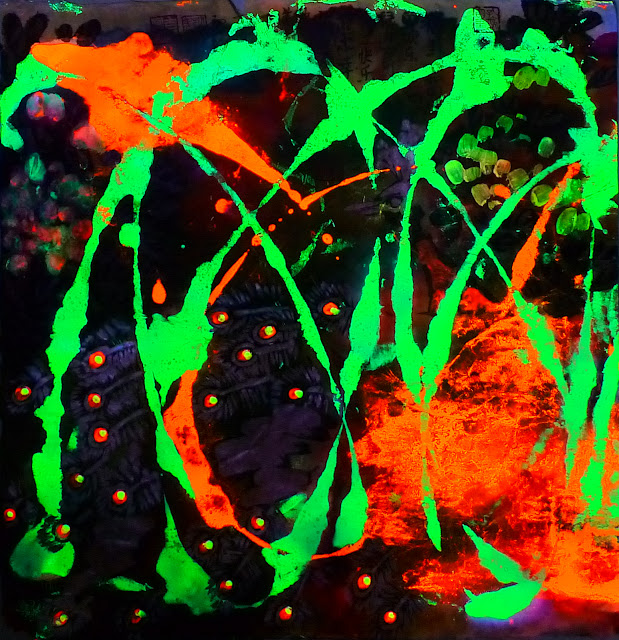 Many have asked Master Yun before, where does he get all his inspirations?

And Master Yun said: I listen to the voice of the universe.

No doubt Master Yun is super knowledgeable and wise (First Class Honors in Chinese language and cultural studies), with a deep understanding of culture, history and philosophy, and learned and practiced both Chinese and Western art since young (winning in the Singapore Youth Festival arts exhibition in his teens) -- these would accord to his skills and ideals, there are still many unexpectedness as he paints. The final effect of each painting is unknown, until it is done. If you look at the painting's UV effect, it is unachievable by mere deliberation or mechanical planning and strokes. 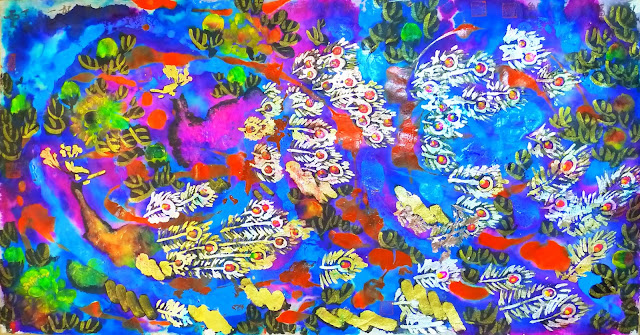 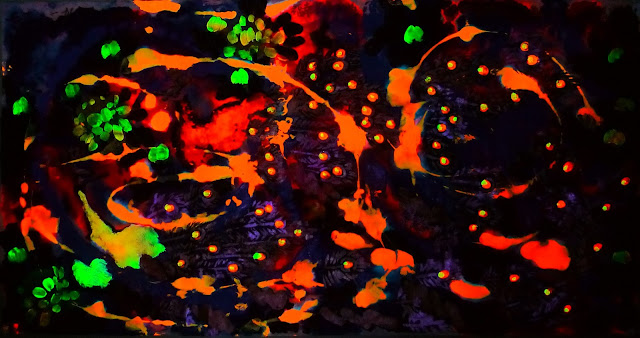 There is something more. 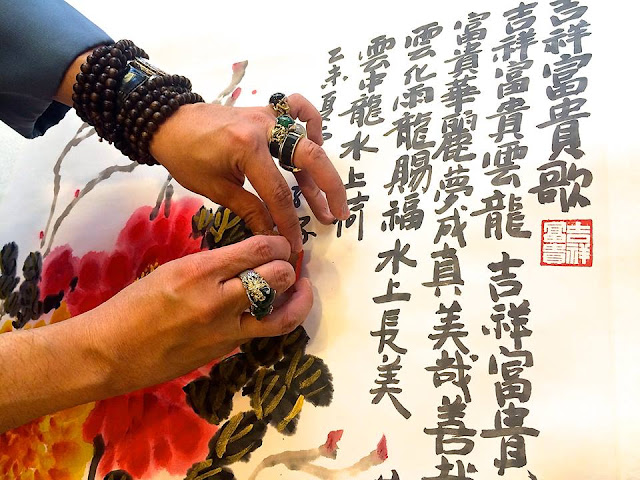 For those who are more sensitive, you would observe the similarities between these two products of listening to the voices of the heavens, the 108 agarwood beads, and Master Yun's fengshui paintings. Perhaps you might find the rounds and rounds of 108 beads resembling the orbits of celestial bodies, as manifested in Master Yun's paintings. One might even take every single bead as specifically plotted positions of the celestial body as it orbits! 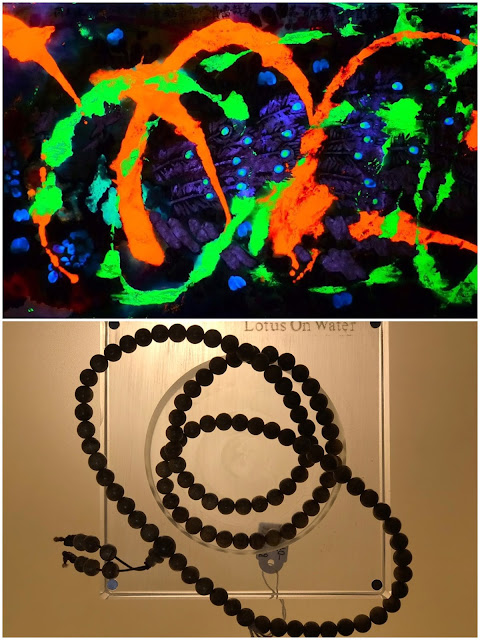 But as vast and as mysterious the universe might be, there is a sacred number that connects this cosmology. 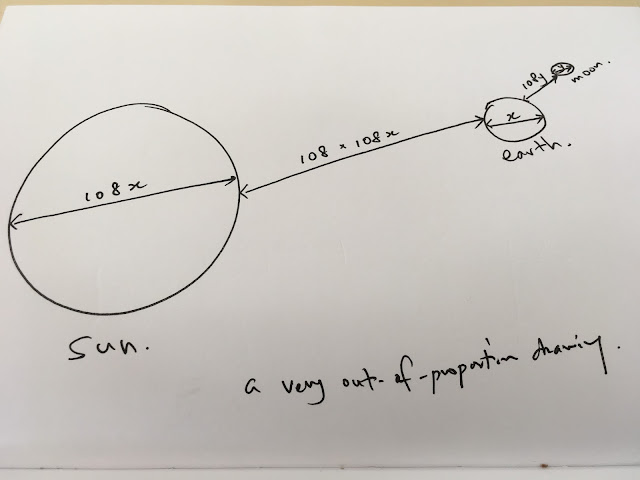 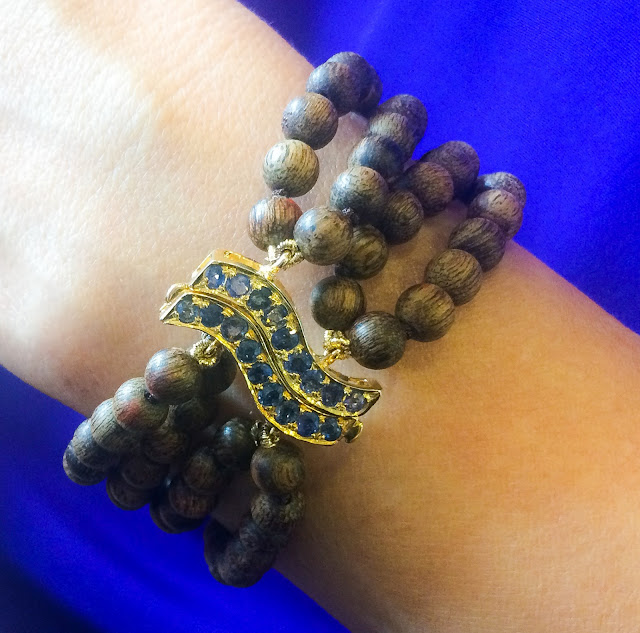 But we also know that the significance of "108" goes beyond that. "108" binds the universe and its celestial bodies, "108" is also a universally significant numeral, transcending cultures and faiths. Buddhism regards "108" as the number of troubles (or happiness), stemming from our 6 senses and their multiplication. Taoism regards "108" as the total number of constellations charted, with 36 as heavenly stars, and 72 as earthly constellations. In Hinduism, "108" is a full number. The gods have 108 names. And Shiva has 108 kinds of dance. Even in the Jewish tradition, "18" means to be alive, or life itself. Gifts and donations are given in the multiples of "18", to a maximum of "108" (6X18). And so on, and so on... 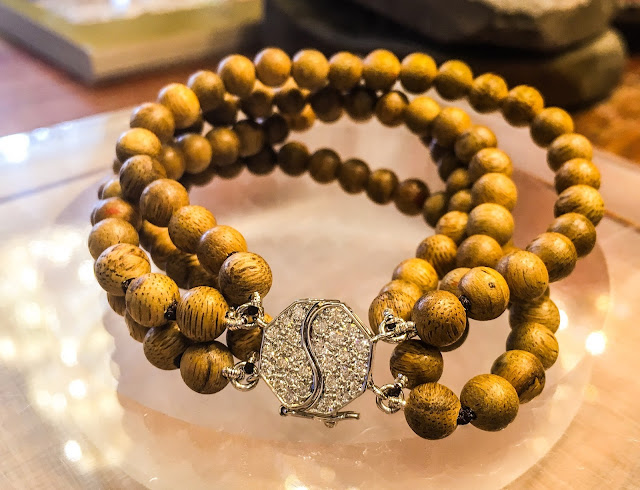 Symbolism and totem are usually rooted in specific historical and cultural contexts. But not in this instance. As if some universal forces pulled everyone into adopting "108", or perhaps the sages of every culture came to the ultimate realization of how important "108" really is... 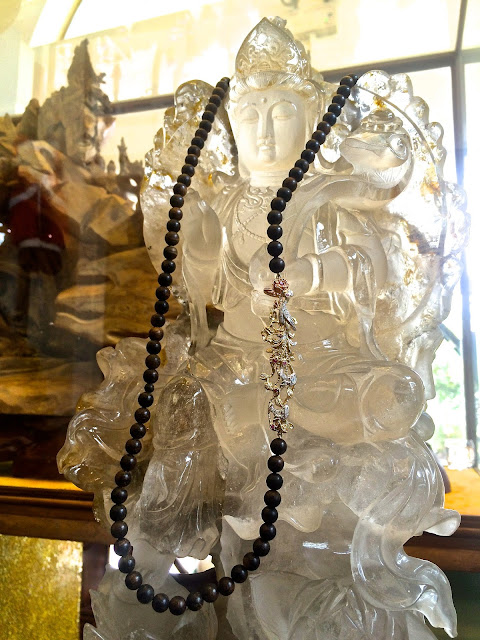 We can assume, we can study more. But in the face of so much coincidences, there might really be aspects of our lives that are beyond the limits of the human mind. And maybe we should all spend some time to quiet our hearts, and listen to the voices of the heavens.

As like what Master Yun did, when he was painting, when he wore his 2 strings of Lotus 108 agarwood beads.